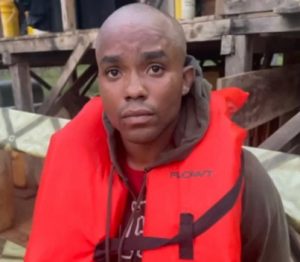 The man, who was wanted in connection with the gunning down of a man on Drysdale Street, Charlestown, was arrested by police at ‘Devil Hole’,  in Region Seven, police said.

Police said Lenroy Michael Forde was arrested by police, with assistance of two Supernumerary Constables, based on “intelligence received.”

Investigators have linked Mr. Forde  to the gunning down of Odingo Anthony Haywood on April 21 on Drysdale Street, Charlestown.

Police said they also arrested a female associate of the suspect for allegedly harbouring the wanted fugitive.

The Guyana Police Force has already said that Forde allegedly shot dead Haywood because the latter was aware of a robbery that he had committed.