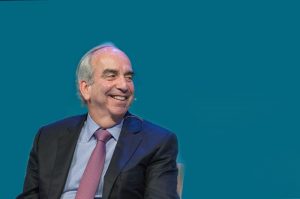 Hess Corporation has sold its operations in Denmark for US$150 million which would be invested in oil exploration and production activities in Guyana, Rigzone publication has reported.

Hess Denmark has entered into an agreement with Ineos E&P AS for a total consideration of $150 million, effective January 1, 2021.

Commenting on the deal, Hess’ chief executive officer John Hess, said, “the sale of our Denmark asset enables us to further focus our portfolio and strengthen our cash and liquidity position”.

“Proceeds will be used to fund our world class investment opportunity in Guyana,” he was quoted as saying by Rigzone.

Approximately 60 people will transfer to Ineos on completion of the deal, which is expected in the third quarter of this year, subject to government approval. The deal is the first to be announced following the formation of the new Ineos Energy business, which incorporates Ineos’ oil and gas business.

“This deal represents a major step in reshaping our energy business,” Brian Gilvary, the executive chairman of Ineos Energy, said in a company statement.

“Hess was one of the earliest pioneers in developing this basin. This deal will open up future growth prospects that can be developed in Denmark’s offshore oil and gas sector, supported by a very promising carbon storage project helping to deal with future emissions,” he added.

“The Greensands project in Denmark will make a significant contribution to our understanding and growth of carbon storage technology, whilst supporting Denmark’s wider CO2 emission reduction targets for 2030 and beyond,” Gilvary continued.

Hess Guyana Exploration Ltd has a 30 percent interest in the Stabroek Block, which is located around 120 miles offshore Guyana. Gross discovered recoverable resources for the Stabroek Block are currently estimated at approximately nine billion barrels of oil equivalent with multi-billion barrels of additional exploration potential on the block, Hess states on its website.