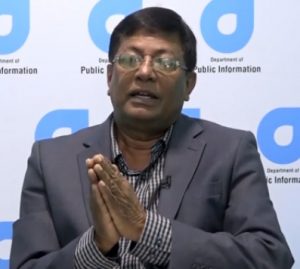 The Guyana Police Force Wednesday night officially back-pedaled on its decision to remove Pastor Patrick Doolichand as its Chaplain, hours after his appointment was revoked because of a prayer at last week’s opening of that law enforcement agency’s annual officers’ conference.

“Further – contrary to what was stated in the revocation letter – His Excellency the President, Dr. Irfaan Ali, has indicated that he appreciated the eloquent and forthright prayer by Force Chaplain Pastor Doolichand at the Annual Police Officers’ Conference and that he never had any issue with it,” the police force said.

Sources said President Irfaan Ali instructed Police Commissioner Nigel Hoppie to withdraw the letter forthwith as the Guyanese leader found nothing objectionable about the prayer that touched on the need to confess several sins by the police force including racism, corruption, bribery, injustice, disunity and fragmentation.

The Police Force said after a review, the “the revocation letter has been immediately withdrawn.”

According to the police force, the Police Commissioner Hoppie has communicated with Pastor Doolichand and he has agreed to continue serving as Chaplain of the police force.

Earlier Wednesday, the police force had stated that former police officer, turned Anglican priest, Reverend Eric Basant, had been appointed Force Chaplain and Coordinator of the COPS and Faith Community Network effective March 9, 2021, one day before Pastor Doolichand’s appointment had been revoked.