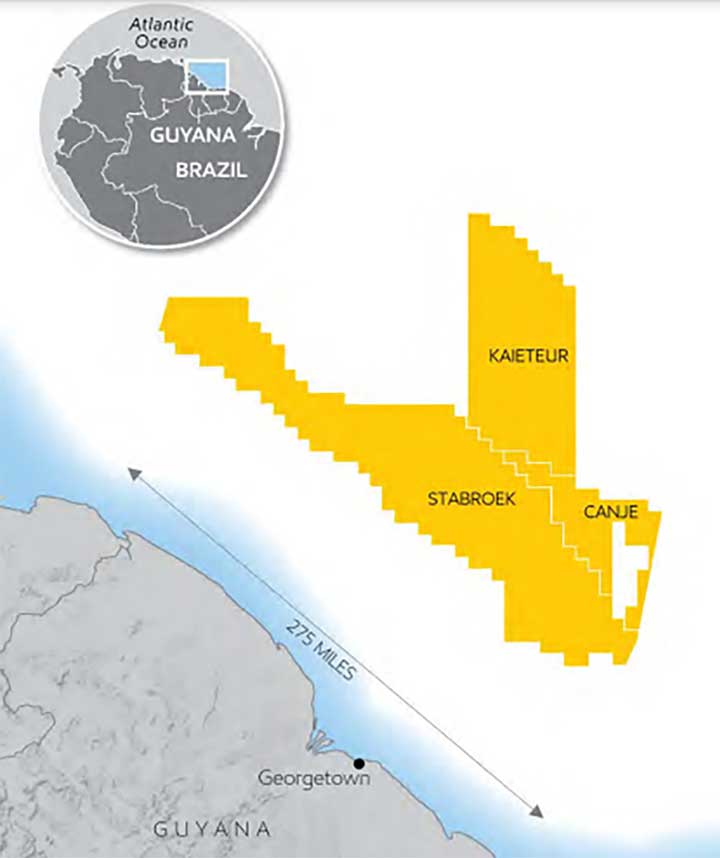 U.S. oil major ExxonMobil is set to drill another well in the Canje Block, offshore Guyana, after it was last week announced that the first well drilled -the Bulletwood-1 – failed to strike commercial oil volumes, OE Digital reported on Tuesday.

The Jabillo-1 is the second of 3 exploration wells scheduled for drilling the Canje block in 2021.

According to Westmount Energy, an indirect partner in the block, previously published information indicates that Jabillo-1 is a circa 1,000 MMbbl oil prospect targeting a Late Cretaceous, Liza-age equivalent, basin floor fan.

It is located next to the Stabroek block, where ExxonMobil has in the past few years made 18 oil discoveries with more than 8 billion barrels of oil equivalent in total.

ExxonMobil currently produces oil from the Liza field in the Stabroek block, via the Liza Destiny FPSO. The U.S. oil major plans to have six FPSOs producing in the block by 2027.

ExxonMobil expects to drill 10 exploration and appraisal wells in 2021 in the Stabroek block.