CGX to inject US$90 million into Guyana exploratory drilling 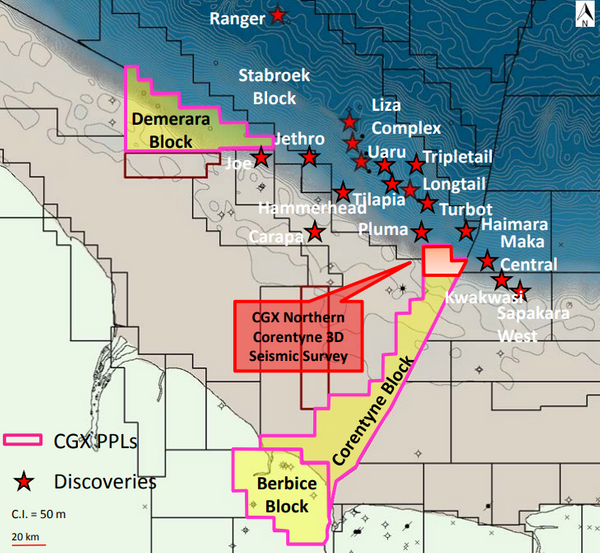 CGX Energy, a Canadian-based oil and gas firm focused on Guyana, expects to spud an exploration well in its Corentyne block in the second half of 2021, OE Digital reported Monday.

The company says the well is slated to be drilled in the second half of 2021.

CGX says the target is similar to the discoveries immediately to the east on Block 58 in Suriname.

CGX did not say when this well is expected to be spudded.

The Company says it expects, based on presently available information, that the total cost of the Guyana exploration program in 2021 will be approximately $90 million.