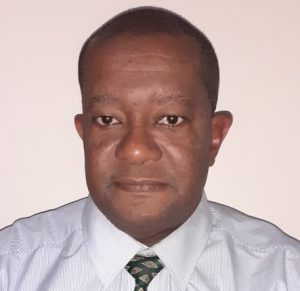 The Guyana Public Service Union (GPSU) on Wednesday rejected an unconditional apology by the Chief Executive Officer of the Linden Hospital Complex, Rudy Small for unsavoury remarks he made about health care workers there.

GPSU Vice President, Dawn Gardner told News-Talk Radio 103.1 FM/ Demerara Waves Online News that the union rubbished his apology and demanded that he be removed as head of that healthcare institution because of the claims that he made about nurses that were captured in a recording.

“It’s not accepted. We won’t accept it,” she said.

Ms. Gardener said 80 percent of the nurses were on strike, leaving behind a skeleton staff. However, none of the hospital’s senior administrators could be contacted immediately to confirm this.

Meanwhile,  Region 10 Divisional Police Commander Superintendent H. Winter said police were investigating a report that the CEO allegedly assaulted a nurse. She complained that Mr. Ward pushed her and her phone valued GYD$60,000 fell, resulting in the screen being cracked.

He said  the CEO was escorted out of the compound to ease tensions.

Mr. Small was Wednesday back at work, days after the Permanent Secretary of the Ministry of Health had ordered his removal from the Linden Hospital due to the contents of the recordings. He had claimed that a number of nurses ostensibly go to work but instead end up with their “sweetman”.

Region 10 Divisional Police Commander said nurses blocked entrance to the CEO’s office but they were eventually complied with requests for them to clear the area. Mr. Small entered another office but eventually left the complex.

Hours later, Mr. Small issued an unequivocal apology through the Ministry of Health, but Ms. Gardner said the CEO’s apologies were not genuine. ”

I am issuing an unequivocal apology to the nurses and all staff of the Linden Hospital Complex. I made a statement that was hurtful to the nurses and that must have hurt other staff. There is no excuse for my public utterances on this matter and, I am, therefore, sincerely apologizing to all those that my utterances have hurt,” he said.

“You can’t apologise for something you premeditated to do. It is expected that if you hear certain things, you do the right thing and investigate,” the GPSU Vice President, however, said.

The union official, who addressed the nurses in Linden on Wednesday, insisted that “we want him removed from the Linden Hospital Complex and with that conduct we don’t want him at any other healthcare facility.”