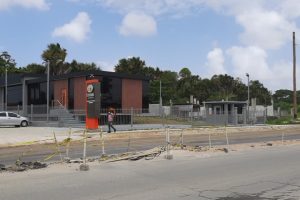 Recalling that while his People’s Progressive Party Civic (PPPC) was in opposition had vowed to investigate “these land giveaways”, Mr. Nandlall said once investors were found to be genuine and “may have been entrapped” by political strategies at the time, those deals would be reexamined.

“We will  review them and objectively try to ensure that people, who have genuinely invested, do not lose their investments. If their investments are designed to create jobs and to improve the public lot and the public good, those investments will be reviewed with a view of trying to salvage,” the Attorney General told reporters on the sidelines of parliamentary debate on the 2021 National Budget debate.

Fearing that he would have to remove his corporate headquarters due to the ultimatum and send home more than 230 workers, Mr. Archer has  since written to President Ali spelling out his grievance and the fact that he had followed all of the rules. “Mr. Morse Archer seemed to have fallen into that category. He wrote a very long letter to His Excellency the President and copied it to me in which eh outlined the circumstances and the facts which led to him going on to the land and for him investing in the land and the basis on which he entered into that memorandum of understanding,” he said.

But on Monday, Mr. Nandlall said Mr. Archer’s account concerning the acquisition, job creation and partnerships “all seem to be genuine”. “The matter is being investigated and is being reviewed with a view of seeing how best the situation can be resolved,” the Attorney General said. He added that once government decided on the way forward, steps would be taken to regularise the situation.

The Attorney General said the National Sport Commission would be involved  because that body is the legal owner of the land.  Deliberations, he said, would include plans that the Commission had had for the land, but he said it was too early to  state whether Cevon’s Waste Management would have to pay more for the land.

If the Commission agrees with government to transfer the land legally to Cevon’s, he said there would be no need for any amendment to the law but a mere survey of that portion.