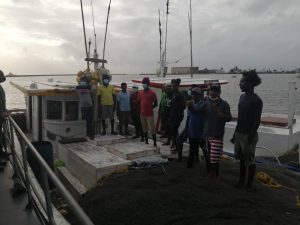 The vessels, Lady Nayera and Sea Wolf, were intercepted on January 21 in Guyanese waters off Waini Point, Essequibo Region by the Venezuelan Navy and taken to the Venezuelan port of Guiria.

President Irfaan Ali made this disclosure about Mr. Maduro’s role in a brief interview with News-Talk Radio 103.1 FM/Demerara Waves Online News, based Foreign Minister Hugh Todd’s briefing about discussions the latter had with his Venezuelan counterpart, Jorge Arreaza. “The Foreign Minister reached out to him (Mr. Todd) saying the case would be discontinued at the intervention of President Maduro and subsequently the release of the vessels and crew,” Dr. Ali said.

The President said he was informed that the vessels departed Venezuela on Wednesday. He attributed their release to the role of the Caribbean Community (CARICOM) as well as other influential partners. “I’m sure that CARICOM statement must have had an impact so too were all the statements from our bilateral and our international partners,” he said. The Organisation of American States, United States, Canada, Brazil, Belize, Trinidad and Tobago, Antigua and Barbuda and other countries had endorsed Guyana’s position that Venezuela’s unilateral extension of its maritime boundary to include all of the waters offshore the Essequibo Region up to the western ban of the Essequibo River was a legal nullity and that country should use the International Court of Justice (ICJ) to settle the controversy over the land boundary that was settled in the 1899 Arbitral Tribunal Award. 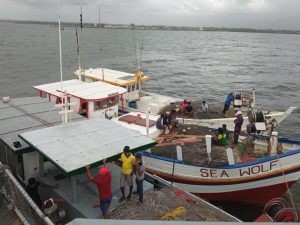 Asked if Venezuela gave assurances that the military will not enter Guyanese waters and take away vessels, the President insisted that Guyana does not need any assurance because the Essequibo Region and the Atlantic waters are all part of Guyana’s territory. “We are not asking for these assurances. This our right. Our EEZ (Exclusive Economic Zone) is our right and we will continue to facilitate the economic activity in our EEZ,” he said.

The Ministry of Foreign Affairs said President Ali “was tireless in his efforts to ensure the safe and speedy return of the crew to their families.”