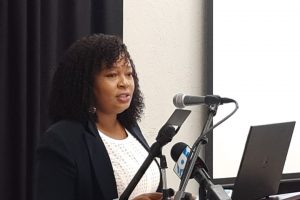 In the face of increasing problems being encountered by homebuilders about the poor quality of construction work, the Competition and Consumer Affairs Commission (CCAC) on Tuesday unveiled a guide they should follow or contractors might be compelled to fix the problems at their own cost.

The CCAC said the document, titled Homebuilders’ Road Map and located here , is the product of wide-ranging consultations with architects, the Ministry of Housing, General Electrical Inspectorate, City Council, Neighbourhood Democratic Councils, Guyana National Bureau of Standards, commercial banks, insurance companies and other stakeholders after frequent complaints about the quality of works which could also result in unsafe occupation and use. “An analysis of the complaints brought to the CCAC concerning domestic construction, along with other unofficial reports, have revealed the abuses of consumers through shoddy work done by contractors in this industry, s0ome of which can be considered a threat to the safety of consumers,” CCAC Director Mrs. Feona Austin-Paul said at the launch of the roadmap.

The roadmap outlines the steps, processes, methods of building, legal procedures and other steps that prospective homebuilders need to negotiate the process.

She said the Commission wants to ensure that Guyanese homebuilders get  value for their money, despite the major problem of unqualified construction workers at a time when more persons are building their own homes. 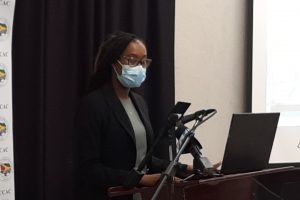 CCAC Consumer Affairs Officer, Rusante Perry said the multi-phase roadmap ranges from  the process to acquire land, consulting with financial institutions, planning with qualified architects, approval of plans, selection of contractors and having a written contract, record-keeping, requirements by banks to apply for a mortgage, obtaining a government valuation, what to look for during and after the construction process including plumbing, electrical fixtures, and a final walkthrough before making the final payments.

Ms. Perry said complaints concerning construction defects are probed by an experienced CCAC investigator to assess the problem before the contractor is asked to repair, replace or refund the homebuilder. “In most cases, they would repair whatever defects are found. However, if they do not comply, then that complaint is forwarded to our Board of Commissioners for a hearing,” she said.

The Consumer Affairs Officer said the CCAC receives an average of 35 construction-related complaints every year averaging at GYD$10 million. She said the Commission has solved about 70 percent of the complaints so far. “Fortunately, we did not require to take any of them to court. We solved them right at the investigative level. After giving them a report of the analysis, we were able to have them comply,” she said.

The “excellent” roadmap was done over the past two years and included constant refining before the latest version was unveiled on Tuesday. “All the players that are involved in bringing your final home construction to fruition so we got guidance and we refined and we refined and we went back and forth…,” said CCAC spokeswoman Allison Parker.

Hard copies are expected to be made available at the Ministry of Housing as part of an aggressive advocacy campaign.