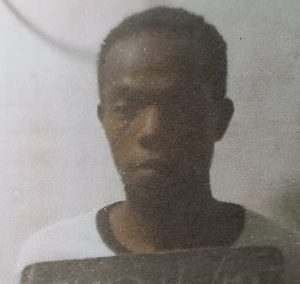 A man, who is accused of murder, early Wednesday morning scaled the fence of the Lusignan Prison but authorities are unsure whether he was shot and injured by guardsmen, police said.

The law enforcement agency says 25-year old Ishaka John of Lot 109 ‘A’ Field Sophia escaped from the East Coast Demerara penitentiary  between 2 AM and 2:20 AM.  He is accused of the murder of 32-year old Jason Jabharry Bowen on October 12, 2019. He allegedly strangled the man with a belt.

The escapee was was seen by three ranks of both the Guyana Police Force and the Guyana Prison Service as he was on top on the fence, several shots were fired in an effort to apprehend him but he continued to run in an eastern direction,” police said in a news release.

Authorities were unsure whether he was hit and a search is currently being conducted around the area and its surroundings, police added.

An investigation has also been launched into the circumstances surrounding the escape.

2020-12-23
Denis Chabrol
Previous: China Harbour Engineering agrees to spend US$9 million to fix Cheddi Jagan Int’l Airport
Next: Parliamentarians at Arthur Chung Centre but not in dome will be blocked from virtual participation