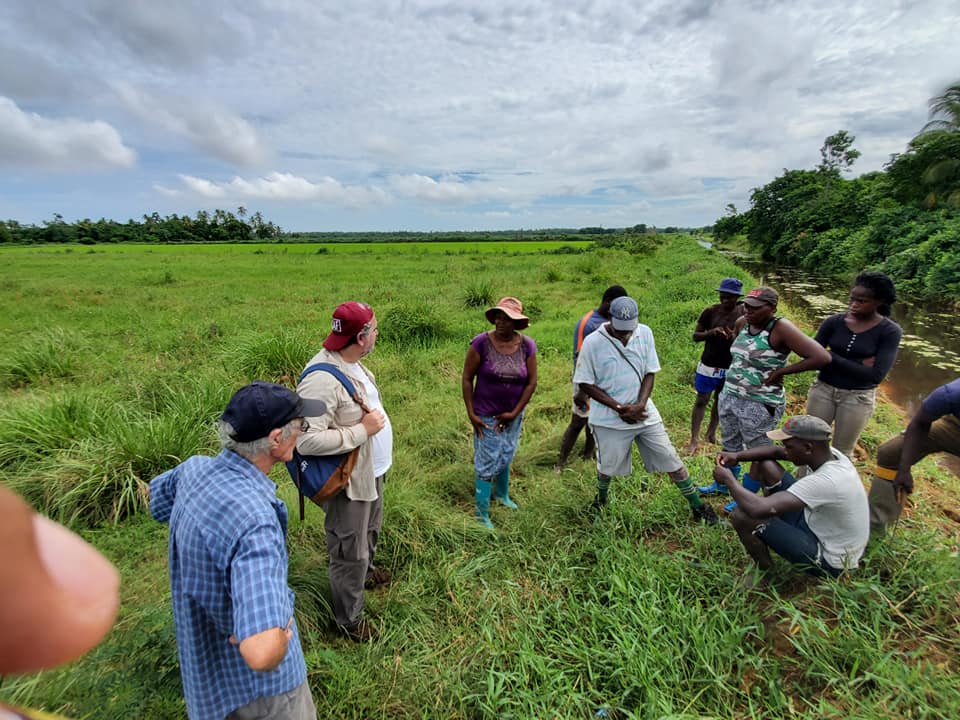 Top Argentine forensic anthropologist,  Dr. Luis Fondebrider in Sunday visited the West Coast Berbice crime scenes where the Henry cousins and Haresh Singh were killed more than three months ago, ahead of a scheduled meeting with Guyanese police on Monday.

He was accompanied by Mr. Mc Cormack and lawyer for families of 18-year old Joel Henry and 16-year old Isaiah Henry whose mutilated bodies were found on a coconut estate aback Cotton Tree Village on Sunday September 6, 2020, one day after they had left their home at Number Three Village to pick coconuts to sell. They were assisted at the scenes by members of the search parties including surviving family members.  Three days after the Henrys were killed, 17-year old Haresh Singh of Number 3 Village, West Coast Berbice  was killed and his motorcycle burnt while he had been on his way to his farm.

Three days later on September 9, 2020, 17-year old Haresh Singh of Number 3 Village, West Coast Berbice  was killed and his motorcycle burnt while he had been on his way to his farm.

Mr. Mc Cormack said police were not required to be part of Sunday’s visit.  “Today, by Dr, Fondebride’s request, was mainly focused on the families and their version of the events…It is not a question of not being invited. It is not something that would have been useful to happen…If you had had a large police presence, the families may not have felt they could have been as open as they wanted,”  he said.

The GHRA President declined to conclude how useful were Sunday’s visits to Dr. Fondebrider. “I am not passing any judgement on this process. The GHRA is facilitating the EAAF’s interaction with the actors in the scene but we don’t have any independent opinion on what should or shouldn’t be done, We are not experts so I wouldn’t want to comment on what was said not said,” he said. 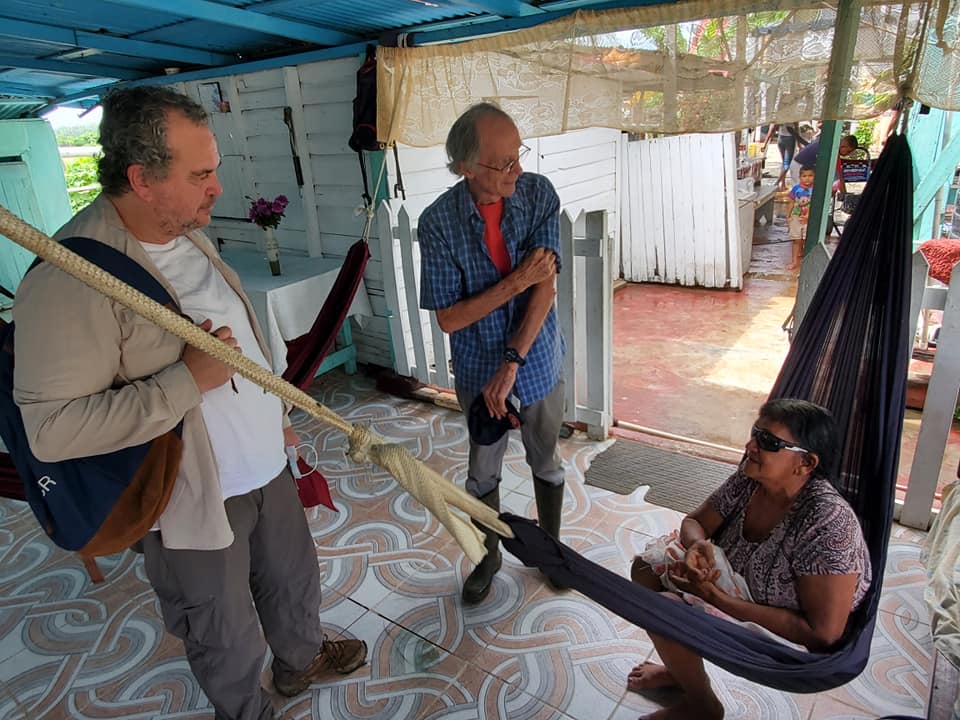 He highlighted that the fact-finding mission would inform EAAF’s decision on whether a team of forensic experts should visit Guyana. “At the end of the visit, if the assessment is positive that that he sees things that they may be able to contribute, then we enter a phase of negotiation as to how that could happen so at the moment he is not actually investigating anything new,” Mr. Mc Cormack said.

The Police Commissioner, Nigel Hoppie and Home Affairs Minister  Robeson Benn have refused to say why the trousers in which one of the bodies of the teens was found were not submitted for DNA test. Mr. Benn and Vice President Bharrat Jagdeo have poured cold water on the  idea of government funding the EAAF team, and have instead floated the possibility of tapping into investigators from the United States, Britain or Canada. Guyana has so far been visited by a team of experts under the auspices of the Caribbean Regional Security System (RSS).

The Guyana Police Force has so far concluded that the Henrys were not killed where their bodies were found.

While the Human Rights activist did not say that new information was picked up during yesterday’s visit, Attorney-at-Law Hughes said a Isaiah’s mother and another relative informed that they had received a telephone call telling her back in September that her relative’s body had been seen in a canal. “The police did not have the number of the guy, they didn’t take the number of the guy who initially provided that information. That is going to be very important and that is before they found the body so there is some more information,” Mr. Hughes said.

The Attorney-at-Law says one of the options that may be explored by the criminalist is gathering satellite images of the area that may have been captured at the time of the incident in early September. “All of that information is not affected by the fact of time,” he said.

Mr. Hughes disagreed with views by sections of the public that the EAAF fact-finding mission would not yield anything substantial because the crimes were committed more than three months  ago. “The fact that he  has come three months after because his view may bring a fresh perspective and a lot of information that may be pertinent in solving the crime may not have been collected by the officers,” he said.

During his visit Dr. Fondebrider will also hold a Zoom meeting with representatives of official and civic organizations engaged with the problem of violent deaths of women. The EAAF have developed protocols for the investigation of femicide – the violent deaths of women by men. The purpose of that session will be to explore the possibility of capacity-building in this area in the future.

Dr. Fondebrider will also give a public presentation on the work of the EAAF. That presentation will take place in the Catholic Cathedral on the corner of Brickdam and Camp Street on Tuesday, December 15th from 5.30 p.m. to 7.00 p.m. The Cathedral is an appropriate venue in terms of safely accommodating COVID-19 protocols.

Dr. Fondebrider was one of the speakers at the Conference on Truth and Justice, In Search of Reconciliation in Suriname held in Paramaribo in 1998 by the Justice & Peace Organization and the Inter-American Institute for Human Rights.  At the time he was a staff member of the EAAF.