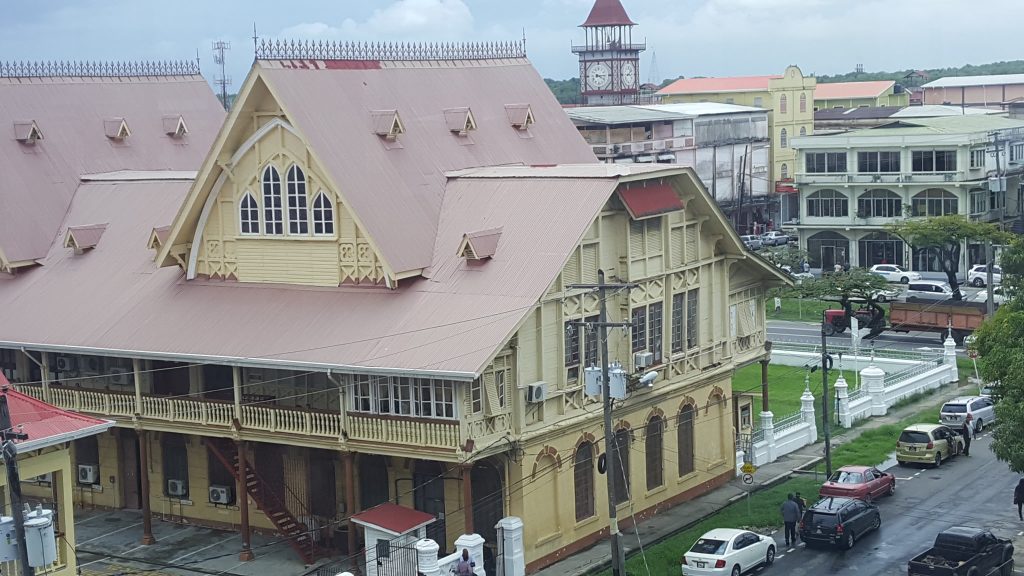 Chief Justice Roxane George- Wiltshire Thursday evening suspended the deportation orders against more than 20 Haitians who remain detained at a government centre since last month until the High Court decides on the constitutionality of their arrest and planned removal from Guyana.

After the submission of arguments and counter-arguments, the case is expected to come up again on December 18, 2020.

But, already Attorney General Anil Nandlall told the virtual hearing, which was attended by several Guyanese women’s rights activists, that Attorney-at-Law Darren Wade’s efforts to invoke sections of the Fundamental Rights provisions of Guyana’s constitution are flawed because that only applies to citizens of Guyana and other Commonwealth member states as well as other persons who are listed under Article 47.

Mr. Nandlall said Haiti is not one of those territories. “These persons are aliens under the constitutions,” Nandlall added.  The Attorney General said Haiti has not signed onto the free movement aspect of the Caribbean Community (CARICOM) Single Market and Economy (CSME).

He contended that the Court had no jurisdiction to hear the application in light of this.

Mr. Wade, through the President of the Association of Haitian Nationals in Guyana, Kesnel Toussaint, wants the High Court to order the release of  the 26 Haitians who are being held at the Hugo Chavez Centre for Rehabilitation and Reintegration, Onverwagt, West Coast Berbice.

President Irfaan Ali on Wednesday evening said based on police investigations, it is clear that the Haitians were being facilitated through a people smuggling operation. He said many of them gave non-existent addresses on arrival in Guyana.

Several of them were arrested on November 7 at a hotel in Georgetown and others in Linden.

Based on figures provided by Brazilian authorities and Guyanese officials last year , thousands of Haitians use Guyana as a conduit to neighbouring Brazil and French Guiana.