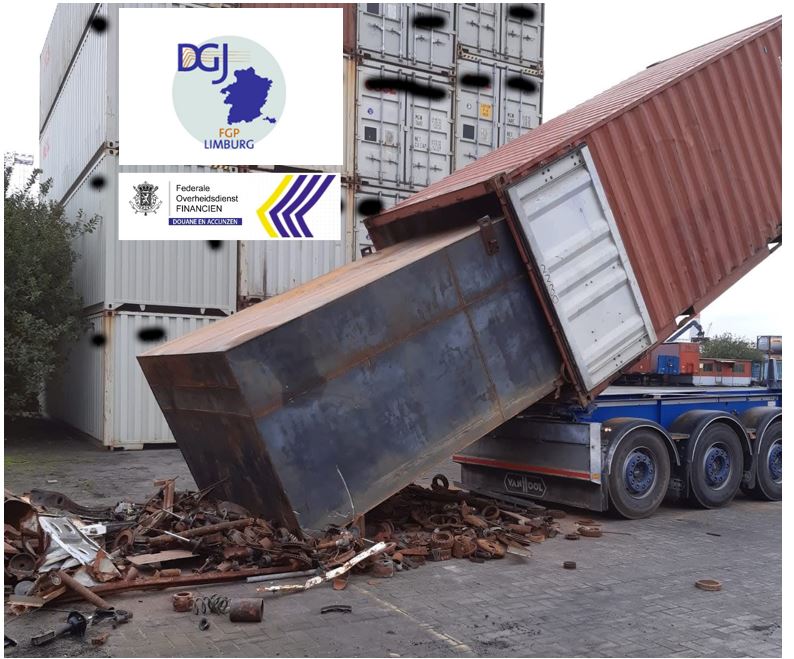 The false inside of a shipping container that contained 11.5 tons of cocaine that Belgian authorities said came from Guyana.

The Guyana Revenue Authority (GRA) has recovered a key image of a shipping container suspected to have contained 11.5 tons of cocaine that had been busted in Belgium in early November, multiple sources have confirmed.

Officials said the process was painstaking and delicate in order not to damage the hard drive that stores images of scanned shipping containers. The officials said the contents of the hard drive were recovered from the Chinese-made scanner by specialised equipment obtained from a key Western Nation that is involved in the global narco-trafficking fight.

The official highlighted that thousands more deleted images were recovered in the process of searching for the ones believed to have been linked to the drug bust in Belgium.

Head of the Customs Anti-Narcotics Unit (CANU), James Singh declined to confirm whether the image was recovered, but he corroborated that counterparts have been enlisted to process information. “We are sharing some info with counterparts and following up some leads here,” Mr. Singh told News-Talk Radio Guyana 103.1 FM/ Demerara Waves Online News.

The CANU Chief said that ever since the bust in Belgium on  November 5, 2020, the shipper Marlon Primo has not been located despite valiant efforts to arrest him.

Based on images released by Belgian law enforcement agencies, the cocaine was placed among some scrap metal and loaded into a metal container and then placed into shipping container. 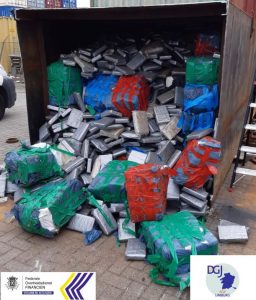 A coordinator of the United Nations Office on Drugs and Crime and the World Customs Organisation, Bob Van Den Berghe has been quoted as saying by InsightCrime as saying that  it is likely that the vast quantity of cocaine had been detected before leaving Guyana.

At the same time, he says on a smaller scale the use of  scrap metal to conceal outward bound drugs had been problematic for authorities worldwide. He says scanners can fail to detect small quantities of drugs in large loads of scrap metal.

Just months earlier, in Hamburg, Germany, authorities discovered 1.5 tons of cocaine hidden between sacks of rice in a container that had arrived at the city’s port from Guyana at the end of June. A spokesperson for the Customs Investigations Office had said the cocaine seizure was one of the largest in Hamburg’s history.