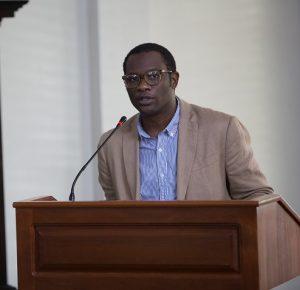 Guyana sent a letter to Morocco’s Minister of Foreign Affairs, Nasser Bourita to inform the North African country of its decision.

Guyana’s Minister of Foreign Affairs and International Cooperation, Hugh Hilton Todd told the Moroccan minister that “the Government of Guyana will no longer recognize the so-called SADR” the statement said.

Guyana’s FM further announced his country’s decision to provide its “full support to the efforts of the United Nations to achieve a peaceful and mutually acceptable solution.”

With today’s decision, Guyana is part of a list featuring  164 countries across the world who do not recognize the Polisario-run SADR.

The Co-operative Republic of Guyana recognized the Polisario Front on September 1, 1979.

The decision of Guyana comes amid tensions that erupted due to Polisario’s escalation in Guerguerat, a town near Morocco’s border with Mauritania.

Since September, Polisario has been carrying illegal actions in Guerguerat. It’s militias and supporters blocked commercial and civil traffic in the region, effectively closing the border with Mauritania.

The violations committed by Polisario forced Morocco’s peaceful intervention to secure the stability and safety of goods truck drivers and civilians, after mediation via the UN failed to lift the blockade.

The UAE, Qatar, Jordan, Yemen, among others, expressed support  for Morocco’s decision to send its army to the region and build a security cordon to secure the restricted area.

Guyana’s decision also coincides with the commemoration of the 45th anniversary of the Green March. The country is the 14th country in South America and the Caribbean to have withdrawn its recognition of the puppet entity since 2010.

One of the countries that recently withdrew recognition of Polisario was Bolivia in January.

At the time  Bolivia had announced it would adopt a “constructive neutrality” by committing to support the efforts of the United Nations and the international community .

Bolivia’s Foreign Ministry expressed hope for a “just, durable and mutually acceptable political solution in accordance with the principles and purposes of the Charter of the United Nations”

The ministry concluded its statement, saying that it decided to suspend its current ties with the self-proclaimed SADR.