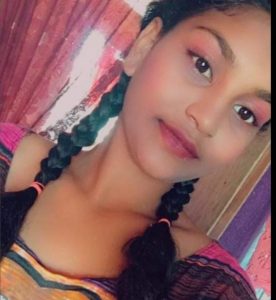 Police say the suspect entered the home of the 16-year old and stabbed her several times in her room, and he then escaped in a mini-bus.

Ms. Lall was taken to the Suddie Hospital and was pronounced dead by a Doctor.

Police say the suspect was arrested later at Better Hope Backdam, Essequibo Coast, where he told police he drank poison.

The suspect, self employed, was taken to the Suddie Hospital and was admitted under guard.

A search of his vehicle  in the back dam unearthed a bottle with suspected poisonous substance and a black rambo knife believed to be the murder weapon.
The police are continuing their probe.