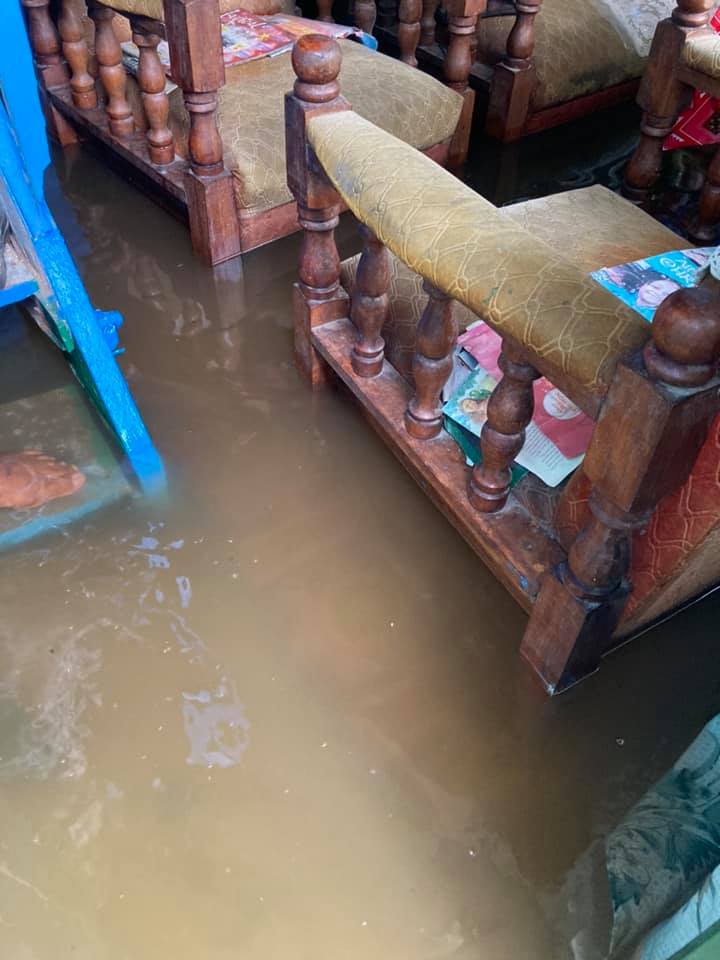 Flood water inside a home in southern Georgetown.

The Hydrometeorological Department of the Ministry of Agriculture says in its extreme rainfall report and weather advisory that between 8 AM Tuesday and 8 AM Wednesday,  the highest rainfall reported was 120.3 millimeters  (4.7 inches) at the Georgetown Botanical Gardens.

Public Infrastructure Minister, Juan Edghill says the central government is teaming up with locally elected bodies and other stakeholders to help drain the capital Georgetown and villages. He said engineers have been deployed to all flood-affected regions and an inter-ministerial task force has been activated for Georgetown to work along with the Georgetown Municipality, National Drainage and Irrigation Authority, Ministry of Public Works,  and the Ministry of Local Government.

“Every engineering solution that is possible to relieve people will be activated to ensure people are comfortable; I can give the country that assurance in Georgetown and across the regions,” Mr. Edghill said Wednesday morning when asked by News-Talk Radio Guyana 103.1 FM/ Demerara Waves Online News. 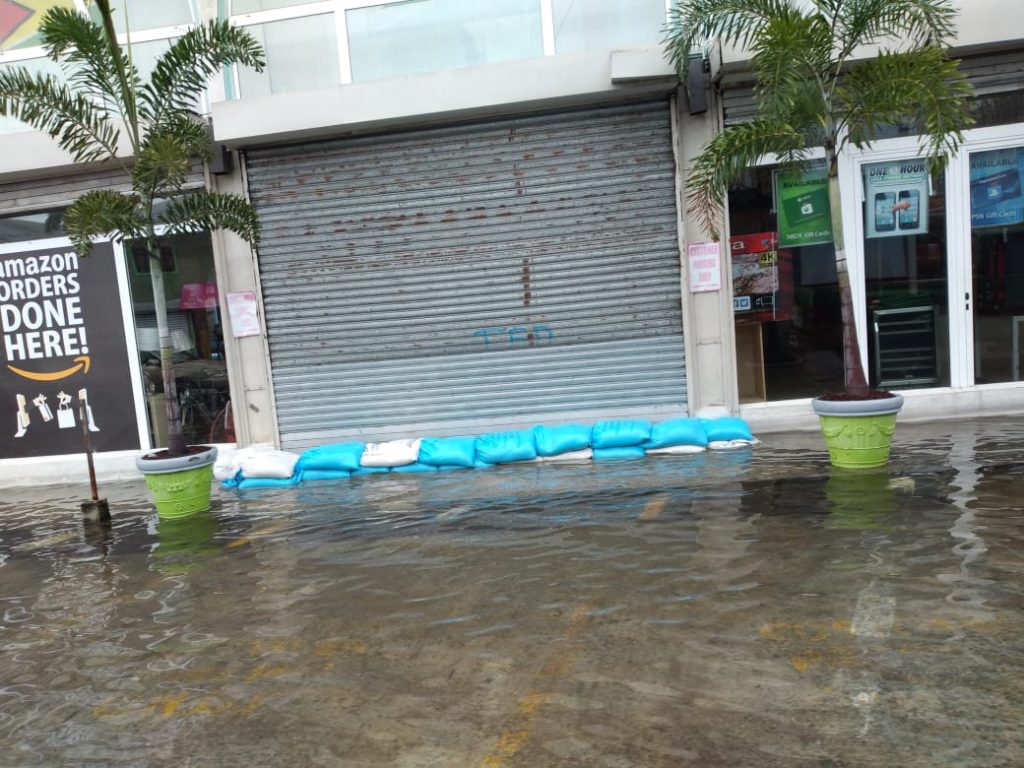 Outside Gizmos and Gadgets on Wellington Street, Georgetown.

Director-General of the Civil Defence Commission (CDC), Lt. Col. Kester Craig said there were over five inches of rainfall at a time when there was above-normal high tide and a partially clogged drainage network in some areas due to poor maintenance. “You had that amount of rainfall and at the time you could not have used gravity flow drainage so all drainage at that time would have been primarily dependent on the use of pumps so the amount of water could not have receded to compensate for the amount of rainfall at that time,” he told News-Talk Radio Guyana 103.1 FM/ Demerara Waves Online News. Lt. Col. Craig, who visited the Ruimveldts, Alexander Village, Albouystown and Bel Air, said water has begun receding by as much as three inches.

The CDC would be working with other stakeholders to prepare for worst case scenarios should the bad weather continue until November 8. Cleaning supplies and sand bags to prevent water from getting into lower flats as well as the identification of buildings to set up temporary shelters. The CDC was Wednesday at 4:30 PM 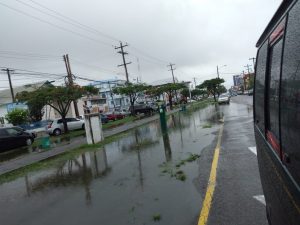 scheduled to activate its National Emergency Operations Centre and meet with key stakeholders including the Guyana Red Cross Society, Mayor and City Council, Ministry of Health, Ministry of Public Works, National Drainage and Irrigation Authority. “We would have discussions on strategy on how to deal with current flood implications and future flood implications,” he said.

Region Four Chairman, Daniel Seeram says teams are monitoring the East Coast corridor and East Bank to assess the extent and effect of flooding in affected areas. Mr. Seeram says the region is collaborating with the National Drainage and Irrigation  Department (NDIA), the Local Government Ministry and the Civil Defence Commission (CDC) to bring quick relief to affected areas.

The Region four Chairman says the region and the CDC will assist with relief packages for severely affected residents. The CDC says its officers are assessing the effect of flooding in the city and the affected regions as a first step to provide relief and evacuation, if necessary. 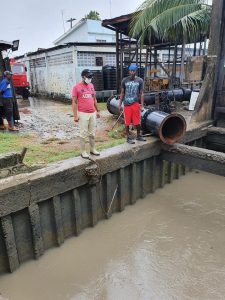 City Mayor Ubraj Narine inspecting one of the drainage pumps in the City.

The Chairman says all pumps are in working order, however the high tide has stymied pumping excess water from flooded areas.

In the capital city Georgetown and its environs City officials were visiting businesses and residents in the affected wards of the city. City Hall says water in the city should have started receding by 10 this Wednesday morning.

A Region Six (East Berbice-Corentyne) official has reported that the situation in the region is normal with the exception of one area which was affected because of a broken koker which has since been repaired.

The Regional Chairman of Region Three (West Demerara-Essequibo Islands) , Ishan Ayube says some areas in the region experienced three to four inches of water which has started to recede as the tide drops and the kokers are in working order.

2020-11-04
Denis Chabrol
Previous: Virgin Atlantic, other airlines apply to fly to Guyana; two hotels near CJI Airport also on cards
Next: Guyana yet to decide on helicopter purchases from the United States