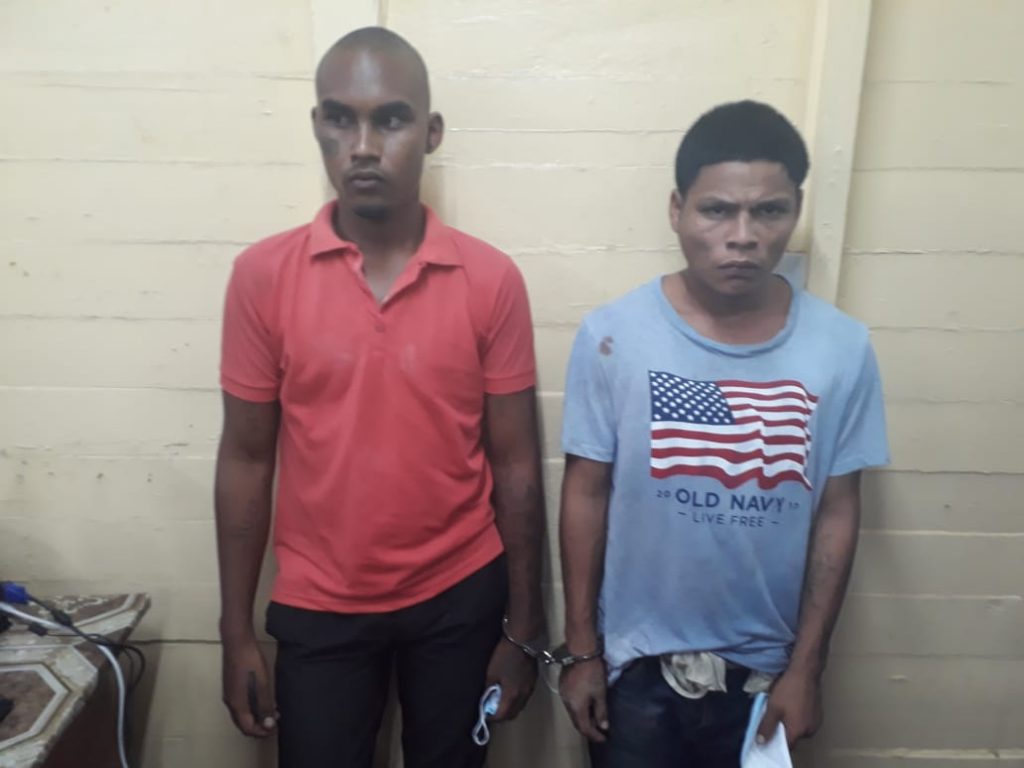 Arnold Kennedy and Alex Matthias shortly after they were recaptured.

The Prison Chief said Alex Matthias and Arnold Kennedy would “aid in the ongoing investigation for the escape and they will also be processed for charges.”

Mr. Samuels said the Joint Services responded swiftly to information received, resulting in the recaptured of the two inmates who fled from Holding Bay 1 at the East Coast Demerara penitentiary.

Police and prison service personnel are still on the  manhunt for Mark Rafino. He was committed to stand trial for High Court for attempted murder committed on a barber at Richmond.  He was granted bail and he was also on trial for the East Coast Robbery of the Money changer and his daughter.

Rafino ‘s last given address was La Grange, West Bank Demerara and Queenstown Essequibo Coast. He is the brother of Delwyn Croft from Wakenaam . Kennedy and others were accused of the murder of Alvin Seenarine called ‘Chockoloo’, of 820 ‘G’ Zeelugt North, East Bank Essequibo in July, 2019.