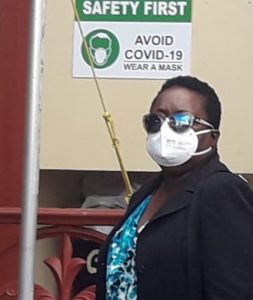 The Deputy Chief Elections Officer was arrested on October 6 after she surrendered to police in the company of her lawyers. Police said she was arrested for “conspiracy to defraud.” She opted to remain silent throughout the interrogation process and was overnight Thursday charged with two counts of misconduct in public office.

Attorney-at-Law Daniels said she was not required to plead to the indictable charge.