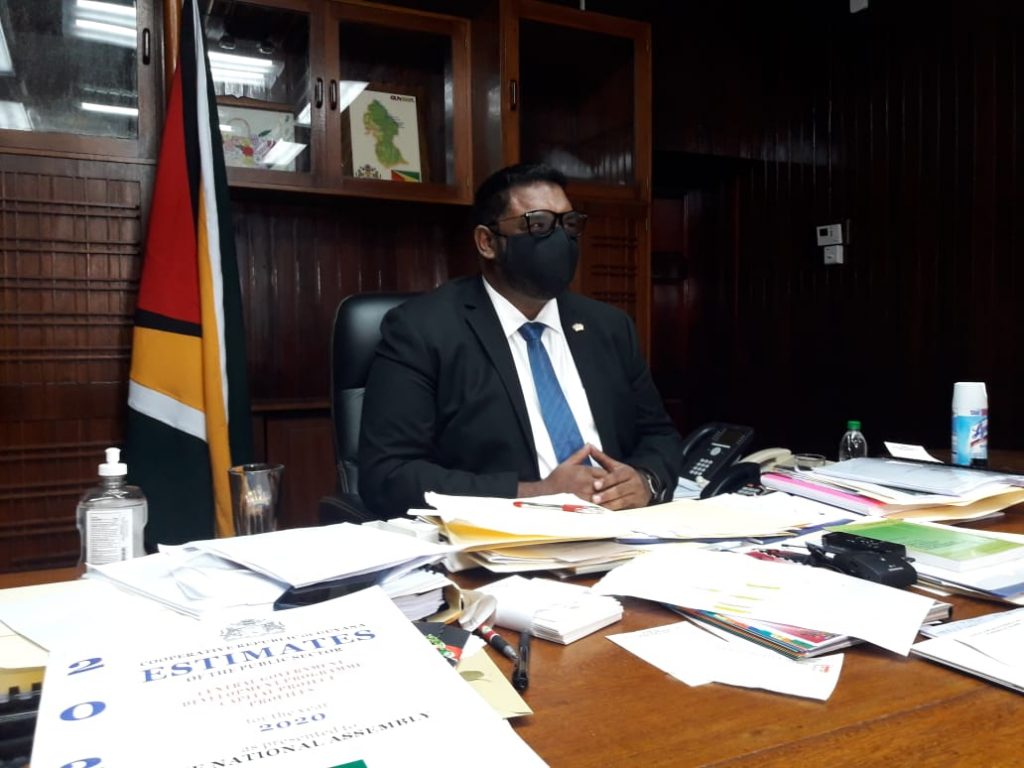 President Irfaan Ali on Tuesday categorically ruled out any political engagement with the opposition A Partnership for National Unity+Alliance For Change (APNU+AFC) unless he is recognised as the Head of State and Government by Opposition Leader Joseph Harmon.

“Mr. Harmon must be honest enough to correct the wrongs he has done in that narrative and go out to the public and say the PPP (People’s Progressive Party) has been legitimately elected and it is the recognised government of Guyana and then we talk,” he told reporters at his Vlissengen Road-based office.

Ironically, the just-elected Regional Chairmen of all 10 administrative regions including those- Regions 4 (Demerara-Mahaica), 7 (Cuyuuni-Mazaruni) and 10 (Upper Demerara-Mahaica) – won by the opposition must take the oath of office before President Ali. Mr. Harmon recently said he had written to President Ali concerning the Shiprider Agreement with the United States. The Opposition is also on record as saying that it would provide critical support to the government on matters concerning Guyana’s sovereignty and territorial integrity.

At the same time, the coalition has filed two election petitions challenging the results of the March 2, 2020 general and regional elections. After a five-month long delay due a national  vote recount and a series of court cases, the Guyana Elections Commission had on August 2, 2020 declared Dr. Ali and his PPPC the winner.

Asked why coalition representatives have not been included on State boards, the President suggested that the opposition could not be part of those decision-making bodies if it does not recognise the government. He reasoned that APNU+AFC would not recognise any decisions made by those boards if it does regard the government has legitimate. “Harmon get it right!”, he said.

The President restated that a Commission of Inquiry would be held into the operations of the Guyana Elections Commission (GECOM) but he was at pains to say how the recommendations would be implemented given the fact that that elections management authority is constitutionally independent and his government and the opposition are not talking. “The COI will bring out its recommendations… those recommendations, we have to do reforms in fixing the system and this has to be done, as you know, all stakeholders will have to agree,” he said.

If the election machinery has to be fixed, he said the system has to be informed about what contributed to the  breakdown over the March 2, 2020 general and regional elections.

The Opposition Leader has vowed not to withdraw the election petitions that seek to convince the court that the elections had been rigged through voter impersonation, no reconciliation of votes due to missing documents and other irregularities and anomalies.

The Chief Elections Officer Keith Lowenfield, the Region Four Returning Officer Clairmont Mingo and two other GECOM staff members are before the courts on a number of charges related to the elections.