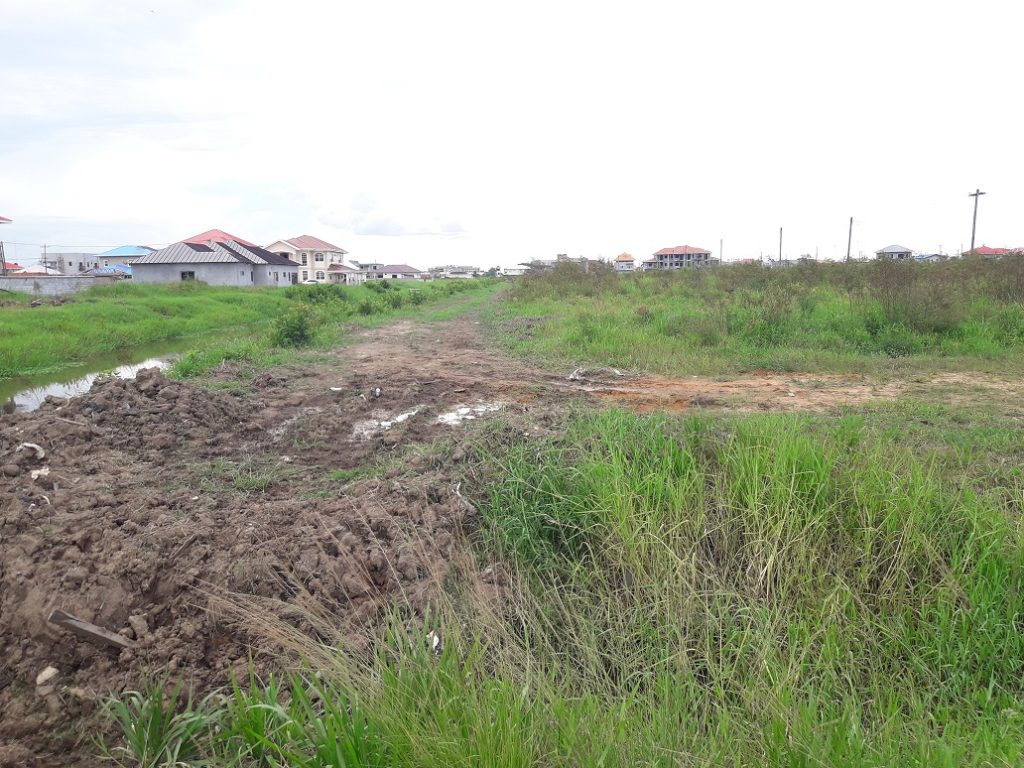 One of the areas at Nandy Park, East Bank Demerara in the vicinity of Windsor Estates where traffic from the new Demerara Harbour Bridge will flow.

Public Works Minister Juan Edghill says the Request for Expressions of Interest will be publicly advertised this weekend and the deadline will be in early December.

President Irfaan Ali  Saturday afternoon led a team of engineers to locations at Nandy Park. He says the bridge will be a fixed, four-lane high-span facility. “Let me very clear; we have to complete this bridge within four years,” he said.

Government could not immediately say how much the new  east-west corridor would cost as that figure would come from interested companies.

They looked at where the bridge will land and traffic management including links to the planned Ogle to East Bank Demerara Road. “This bridge will have various interconnections,” including four other feeder roads. Dr. Ali explained that the bridge “will be a flyover” the main road and would land at Nandy Park.

With other infrastructural projects such as the new East Bank- East Coast Highway, new hotels, the 50,000 houses, and community roads, Dr. Ali expects a spike in demand for labour and

construction materials. “This will give you an understanding, too, of the increased demand for quarry material, construction material, labour so I think once we continue to push this agenda this development agenda, we are heading into what you would call good winds pushing us forward,” he said.

The inspection team included Civil Engineers Marcel Gaskin, Bhageshwar Murli, and Engineer at the Ministry of Public Works Patrick Thompson. “As a development planner, I am enthused and will be extremely challenged for the next couple of years but I am sure that will translate into better transportation flows for people, better connectivity and I’m sure better productivity in our country so me and my team we are extremely excited for these projects that will perhaps make us work to our fullest potential,” Mr. Thompson said. 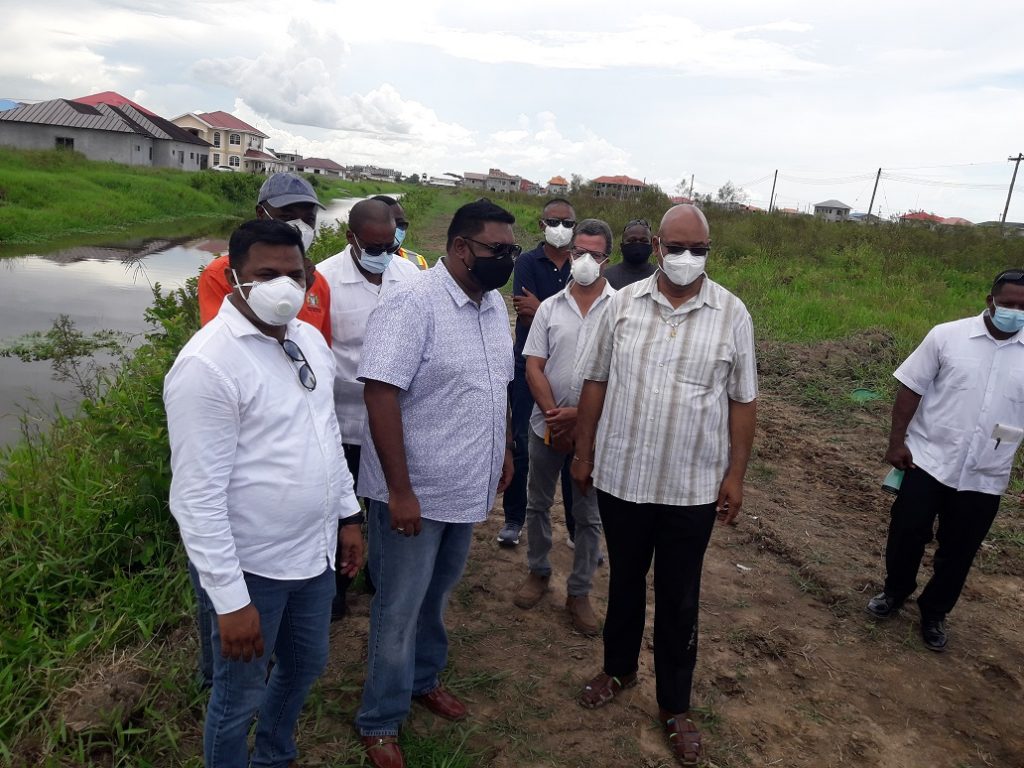 Other team members were Minister of Public Works Juan Edghill and Junior Minister of Public Works Deodat Indar. Mr. Indar said the new bridge, which would replace the more than 40-year old  Demerara Harbour Bridge, is expected to ease traffic congestion at peak periods. “You know that on the Region Three, the population set, the density of the population has gone up tremendously because of the housing system under the President when he was Minister of Housing, every morning the commute is a horror. Everybody knows that. We intend to fix it. It is not a quick fix but we have to start and we are starting now,” Mr. Indar said.

The APNU+AFC coalition administration had planned to build a new Demerara Harbour Bridge from Houston, East Bank Demerara to Versailles, West Bank Demerara. But on coming to power in August, government said that location was already being developed by oil and gas-related companies.  Guyana Shorebase Inc. and Schlumberger are among the companies that have already established operations at Houston.

Back in 2017, a controversial feasibility study had estimated that the three-lane Houston-Versailles bridge would have cost US$170 million and tolls had been projected to increase by 250 percent. One year later, the then government then aborted that plan and had opted to invite a fresh round of proposals for a fixed four-lane high-span bridge but with the no-confidence motion in 2018 and general elections this year, along with a slew of related cases, government’s caretaker status had effectively put a brake on it sealing a number of major deals.