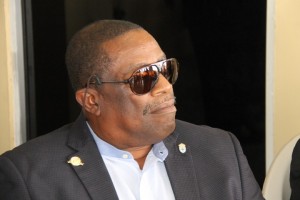 PNC/R Executive Mr. Lawrence ‘Larry’ London, benefitted from a GYD$23 million contract to print passports and birth certificates on behalf of the then Ministry of the Presidency (MoTP).

Minister of Parliamentary Affairs and Governance, Hon. Gail Teixeira, made this disclosure on Monday during consideration of the estimates for Citizen and Immigration Services under MoTP for 2020.

Mr. London signed the contract as a Principal of Universal Procurement Services Incorporated, a company stationed in Miramar, Florida.

Minister Teixeira told the Parliamentary Committee of Supply that she was unaware whether due diligence was done on the company since she had never heard of it before.

The Minister was quoted by government’s Department of Public Information that during her tenure at both the Foreign and Home Affairs Ministries, “birth certificates used to be published in Guyana with the local printers, with safety and security watermarks… So, I find this rather unusual and strange. I thought it was a company at the level of the Canadian Bank Note.”

Mr. London recently came under scrutiny following revelations by the Attorney General that he was paid a hefty salary and benefits as Director of Public Parks within the Department of the Environment, even though he hardly resides in Guyana.

Before that, he had been in the media spotlight because of his appointment as Director of the Board of the Guyana Civil Aviation Authority (GCCA), and for his role in the construction of the controversial Durban Park project.