The opposition A Partnership for National Unity+Alliance For Change (APNU+AFC) on Tuesday filed questions again on the visit by United States (US) Secretary of State Mike Pompeo, hours after House Speaker Manzoor Nadir refused to entertain several questions without notice on the same issue.

Mr Nadir told the House that the questions by frontbencher Amanza Walton-Desir to Foreign Affairs Minister Hugh Todd could not be entertained because they violated procedures of the House. “I wish to say to her that I note her question. Such questions have to have three components – urgent, important and thirdly it will fall against the priority of the business of the day. As such, I humbly request Ms. Walton-Desir, the Honourable Member, to resubmit this question under oral questions,” he said.

In the absence of Ms. Walton-Desir, Opposition Leader Joseph Harmon sought clarifications from the House Speaker who informed him that they would be meeting during a break in Tuesday’s sitting.

Opposition Chief Whip Christopher Jones later in the sitting submitted two questions: the first one on the details of the programme and agenda on matters for discussion for the visit, and the second asking the Foreign Affairs Minister to identify Guyana’s key interests and non-negotiable policies as they relate to Venezuela and whether the administration can guarantee the people of Guyana that their national interests will not be compromised.

“Today is the 15th of September, 2020 and the National Assembly and the people of Guyana are in the dark about the visit to Guyana by the highest ranking member of the United States administration ever in its history,” said Mr Jones in the preamble to his questions.

The State Department on Tuesday made no reference to Venezuela about the Secretary of State’s visit to Suriname and Guyana, in contrast to his South American trip that would also take him to Brazil and Colombia. “He will reinforce the promise of a values-based U.S. partnership highlighting opportunities for more responsible and transparent private sector investment to increase prosperity for the people of Guyana, particularly in the wake of the COVID-19 pandemic,” the State Department said concerning Mr Pompeo’s visit from September 17 to 18.

While in Guyana, he is expected to congratulate newly elected president Irfaan Ali and his cabinet, and meet with CARICOM Secretary-General Irwin LaRocque. 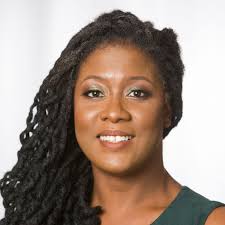 Guyana’s Minister of Public Affairs Kwame McCoy said the Ministry of Foreign Affairs was Tuesday night expected to issue a statement on Mr Pompeo’s visit. Despite concerns by the Guyana Human Rights Association (GHRA) about the implications of the visit for Guyana-Venezuela relations and the border controversy case before the International Court of Justice (ICJ), the Irfaan Ali administration has been mum.

The State Department says that in Brazil, Secretary Pompeo will underscore the importance of U.S. and Brazilian support for Venezuela in their time of need by visiting with Venezuelan migrants fleeing the man-made disaster in that country.

APNU+AFC parliamentarian Walton-Desir had also wanted the Foreign Affairs Minister to reaffirm to the National Assembly that the government is committed to the non-intervention in the internal affairs of Venezuela and that therefore “the government will not be a party directly or indirectly to any aggression against Venezuela.” She wanted to know what agreements are expected to be reached, what support has the Guyana government committed to the US leading up to Secretary of State Pompeo’s visit, and what are the scenario analyses of the likely consequences of any action taken by Guyana for its case before the ICJ on the border controversy.

Guyana, under the APNU+AFC administration, had earlier this year turned down a US request for the use of its medium wave radio spectrum to beam Voice of America radio programmes to Venezuela. “Given the length of an unpoliced western border, the influx of refugees, the unsettled territorial question and the public health risks, it would not be in our national interest to do anything to contribute to destabilising relations at this time,” Ms Walton-Desir said.

Since coming to power in August, Guyana has backed the US candidate for the presidency of the Inter-American Development Bank (IDB) and has joined several other countries in endorsing a call for Venezuelans, including the military, to back the establishment of a transition government to prepare for free and fair general elections.

The US Secretary of State had publicly called on the Granger administration to concede defeat and for the election results to be declared based on the figures from a national vote recount. When those calls had gone unheeded Mr Pompeo had announced visa sanctions against those who had been frustrating the democratic will of Guyanese at the March 2, 2020 general and regional elections.