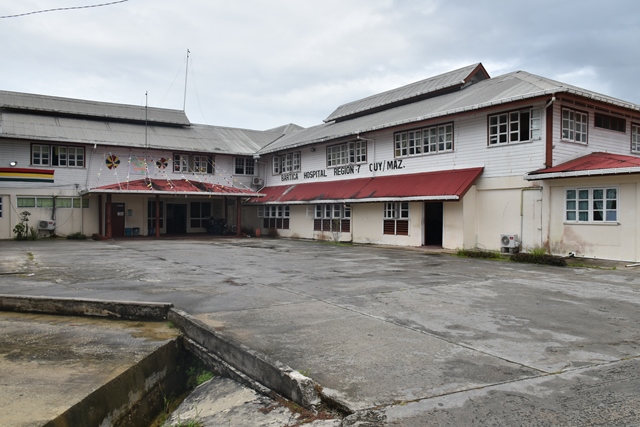 India on Thursday said it was ready for “faster” implementation of a project to improve three regional hospitals in Guyana under a US$5 million line of credit that had been originally provided for the now quashed Specialty Hospital.

India’s High Commissioner to Guyana Dr. K. J. Srinivasa says his government is committed to seeing the refurbishing of the decades-old hospitals.

“I look forward to working with the Honourable Minister and the colleagues in his ministry in the faster execution of this project. We know that is a priority area and this line of credit was sanctioned five and a half to six years and we will work through the processed but ensure that the work is done well, quality and time-bound,” he said at the handing over of US$1 million worth of medicines and ventilators to help Guyana fight the COVID-19 pandemic. Dr. Srinivasa is also a medical doctor.

India, under A Partnership for National Unity+Alliance For Change (APNU+AFC) administration, had reached an agreement to refurbish the West Demerara, Suddie and Bartica regional hospitals rather than continue with the Specialty Hospital project.

Minister of Health Dr. Frank Anthony says the quality of health care in Guyana must be equal and the need for the improvement to the hospitals is key. “These are long-standing institutions. They have been there for many years but now we have to modernise it and you can appreciate the efforts to modernise it would take a lot of resources and we are really happy that we can move forward this project because it is something that will help us to provide quality care in these regions and there is no reason why somebody in one of these regions should not get the same level of care that they are currently receiving at Georgetown Hospital,” said Dr. Anthony, a medical doctor by profession.

The Speciality Hospital project initiated by the former PPP administration was shrouded in scandals. Eventually, the US$18 million project was scrapped by the coalition after the 2015 general elections.

In the face of mounting criticism, the PPP administration had sued the Indian engineering company, Surendra Engineering, and secured government. The Indian government then offered to provide a line of credit to rehabilitate three regional hospitals. That loan was signed by the then Finance Minister Winston Jordan in 2016, but four years later none of the money has been disbursed.