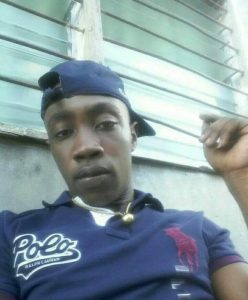 Murder accused Wayne Castello called “Topcat”, was shot and arrested at about 8 O’clock  Thursday night when he opened fire on police during efforts to apprehend him,  the Guyana Police Force said.

Police say the incident occurred at Genip Lane, East Ruimveldt. Investigators say he attempted to escape on a motorcycle.

When a policeman exited his patrol vehicle, Castello opened fire. The policeman returned fire, hitting Castello to his leg.

“The ranks then stopped and disembarked the vehicle when Castello pulled out a firearm from his pants crotch and discharged several rounds in their direction.

As a result, the ranks took evasive action and one rank returned fire hitting Wayne Castello on his left foot below his knee who then fell to the ground,” police said.

Police say a 9MM pistol and six rounds of ammunition were found in his possession.

He was wanted  for murder committed on phone card sales representative Navindra Samaroo which occurred on 23rd July, 2020, at Middle Road, La Penitence  and a series of robberies.