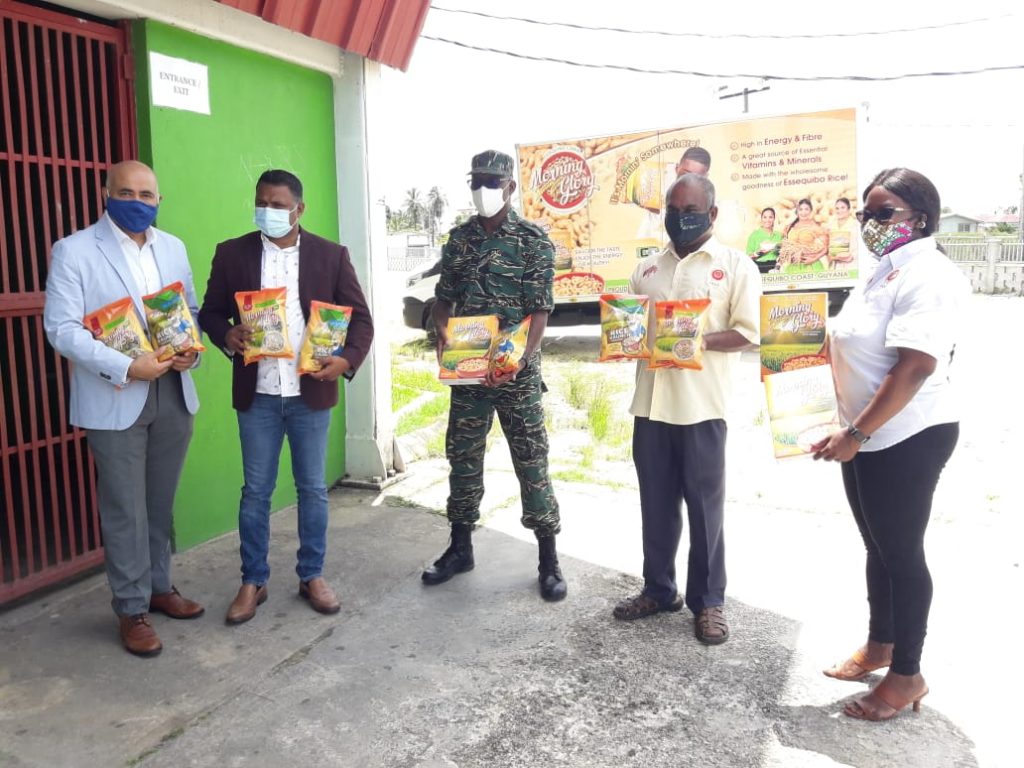 Both forms of assistance are being funneled through the Civil Defence Commission (CDC), the State agency that is responsible for emergence preparedness and relief response.

Executive Director of CGX, Dr. Suresh Narine said his joint venture’s response was not only in response to government’s call for private sector assistance but is aimed at sustaining agro-processors that are hard-hit by the COVID-19 pandemic. “We believe this initiative is notably blessed because it sustains local agro-processing, the local rice industry. It, of course, gets much needed aid to the hardest hit communities,” he said at the handing over ceremony at the Gymnasium, Mandela Avenue, Georgetown.

Dr. Narine said a lot of the cereal would be distributed to Region 6 (East Berbice- Corentyne) and interior regions.

Ahead of discussions with the CDC and government’s response COVID-19 response team, the CGX official said his company preferred the cash is spent on purchasing test kits. 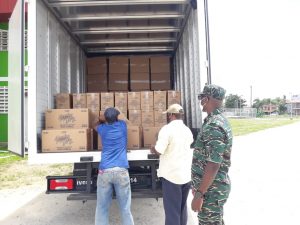 Director-General of the Civil Defence Commission Lt.Col. Kester Craig looks on as boxes of Morning Glory cereal are offloaded.

Junior Public Works Minister Deodat Indar said government wants to ensure that food, medicine and personal protective equipment needs to be accelerated and reach a wider cross-section of Guyanese. “It’s something that we want to see ramped up, we want to see more broad-based, we want to see more depressed communities in the hinterland region as well,” said Indar, a Chartered Accountant and former President of the Georgetown Chamber of Commerce and Industry. He noted that many people have lost their jobs as a result of the virus.

Director-General of the CDC, Lt. Col. Kester Craig hailed the contributions of oil companies in contributing to the CDC’s relief efforts, saying they include ExxonMobil, Tullow, SBM Offshore and now CGX- Frontera. “It’s good to see companies such as the oil and gas companies coming on board to support humanitarian efforts,”  he said. The CDC Chief said providing relief to people would help to reduce the number of COVID-19 cases.

He pledged the CDC’s commitment to work with the new task force and the Cabinet sub-committee to provide relief to “people that are most affected.”

Frontera Energy Corporation is a Canadian public company and describes itself as a leading explorer and producer of crude oil and natural gas, with operations focused in South America.