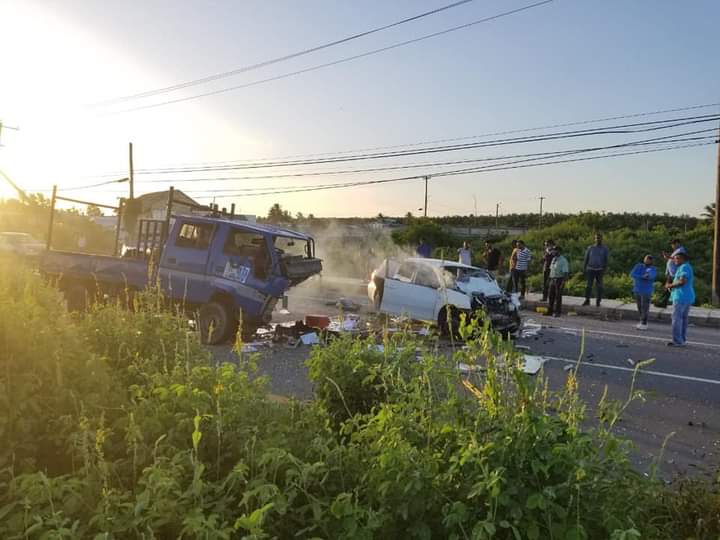 Four persons were killed in a road accident involving a car and a lorry on the Montrose Public Road, East Coast Demerara, police said.

Those dead are the driver of the car Chris Bradshaw, 35, of Queenstown, Georgetown, Lynden Pryce, 54, of South Vryheid’s Lust East Coast Demerara, an unidentified woman and an unidentified man each believed to be about 30 years old.

They were taken to the Georgetown Public Hospital where they were seen and examined by a doctor who pronounced them dead.

Their bodies were all escorted to Lyken Funeral Parlour awaiting identification and autopsies.

The accident occurred at about 5:55pm.

Traffic Department investigators say the driver of the lorry and the other occupants received injuries about their bodies and were taken to the Woodlands Hospital and Mercy Hospital in conscious condition where they were all seen and examined by a doctor.