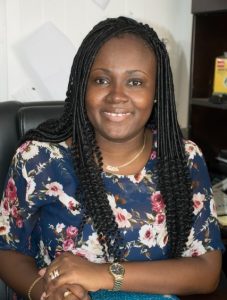 A total of 43 people have been trafficked so far this year, according to the Ministry of Social Protection’s Counter-Trafficking in Persons Unit (C-TIP).

This information was revealed by the ministry ahead of World Day Against TIP which is commemorated annually on July 30.

According to the ministry, this latest figure covers January to July 2020, when the C-TIP Unit received 22 reported cases of suspected trafficking. Eight were confirmed as cases of trafficking in persons. And of the 43 cases, eight were males and 35 females and were all non-nationals.

Coordinator of C-TIP Tanisha Williams – Corbin acknowledged the critical role the public plays to arrest this societal problem, adding that C-TIP Unit will continue to develop and disseminate educational materials to the general populace on the phenomenon of human trafficking.

“It is important to engage the community as victims often do not self-identify. Most of them never come forward to the authorities. We encourage you to report any suspicious activities to the 24 hours hotline numbers 227-4083 or 623-5030. Your calls are treated with the strictest confidentiality”, she added.

In the recently released US State Department TIP report, Guyana maintained a Tier 1 ranking for its efforts to combat human trafficking, although the government has been called upon to to implement and train law enforcement officials and front-line responders in written trauma-informed victim identification and referral procedures.

According to the report, Guyana and the Bahamas are the only two Caribbean countries to attain the Tier 1 ranking, as most of the other Caribbean countries are on Tier 2, except for Barbados which is on the Tier 2 watchlist. While Tier 1 is the highest ranking, it does not mean that a country has no human trafficking problems.

Important aspects of the report had pointed to human traffickers exploiting domestic and foreign victims in Guyana, and victims from abroad over the last five years. Women and children from Guyana, Brazil, the Dominican Republic, Haiti, Suriname, and Venezuela become sex trafficking victims in mining communities in the interior and urban areas.

The report had also found that the government maintained inadequate efforts to protect victims and identified fewer victims, despite an increase in Venezuela refugees. And victim assistance remained a serious concern, especially in areas outside the capital and among Venezuelan child and male victims. Last year the government identified 102 victims (63 sex trafficking and 39 labour), a decrease from 156 in 2018 and 131 in 2017.