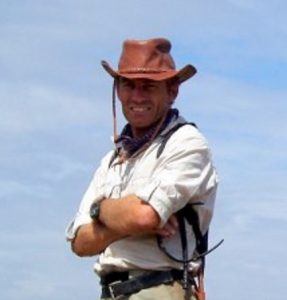 The body of a former British soldier, who usually jogged around the southern Guyanese town of Lethem, was late Monday afternoon found on a roadway, police said.

He has been identified as Ian Craddock. The ex serviceman has been living in Guyana for 25 years ago during which time he established Bush Master Tourism Company located in Lethem, a town near the border with Brazil.

Police said someone anonymously reported that Craddock’s body was discovered on the roadway in an open area at about 5:40 PM. Five minutes later, police said they went to the scene where they found the man laying face down, clad in a grey and brown jersey and a red trousers with multi coloured Nike running shoes.

“The deceased body was examined and a scratch measuring one inch was seen on his left cheek,” police said.

Mr. Craddock was pronounced dead on arrival at the Lethem Hospital at about 6:15 PM. An autopsy would be performed to determine the cause of death.

He served in the the Infantry and Special Forces for 10 years. He first moved to Guyana in 2002 organising jungle expeditions for a British conservation charity. Prior to that he has lived in London, Cyprus, The Falklands, Jordan and Belize, according to the Bush Master website.