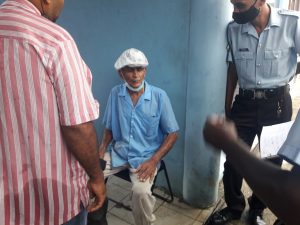 Mr. Harry Charran, who is a gardener at CGX Energy in Queenstown, Georgetown said he left home at about 6:30 AM and later received a call that his wooden house was burning.

Fire tenders arrived on the scene with water and prevented the blaze from spreading to nearby buildings, but after their supplies were exhausted , they experienced severe difficulty in pumping and distributing water to fire fighters because equipment malfunctioned. 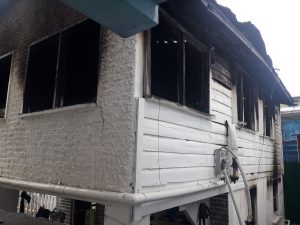 The house in which Harry Charran lived.

Charran lived alone. One of his children, who was at the scene, said his father refused to allow him to live with him.

Now, Charran said he would be  seeking refuge at his son who lives at West Demerara.

He lived at the now burnt house for  22 years. The building was not insured but Charran said if it could be repaired he would do  so.