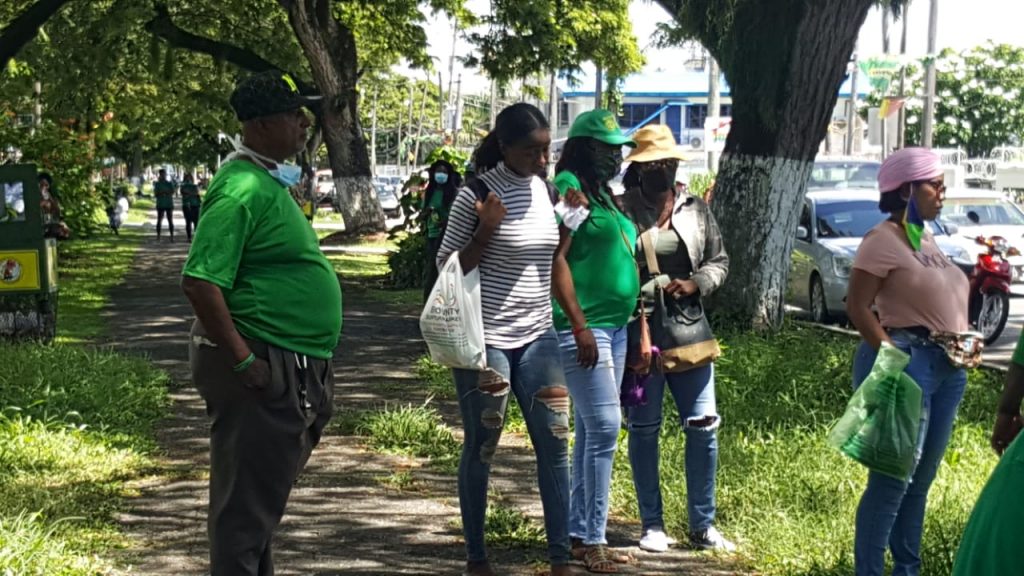 Five supporters of A Partnership for National Unity+Alliance For Change (APNU+AFC) supporters were Thursday afternoon arrested for allegedly breaching the COVID-19 measures that prohibit the gathering of more than five persons.

They were at the time on Main Street, Georgetown a short distance from the Kingston, Georgetown-based headquarters of the Guyana Elections Commission (GECOM).

A  very small number of APNU+AFC supporters periodically gather in the vicinity of  GECOM to register their desire for the David Granger-led coalition to be declared the winner of the March 2, 2020 general elections.

But, on this occasion a senior police officer in ‘A’ Division told News-Talk Radio Guyana 103,1 FM/ Demerara Waves Online News that the party supporters were also in possession of placards. They were taken to the Brickdam Police Station.

The constitutional and legal procedure to be used is now the subject of an appeal to Guyana’s final court, the Caribbean Court of Justice (CCJ).

People’s Progressive Party (PPP) supporters have also been arrested in recent weeks for protesting in Georgetown.