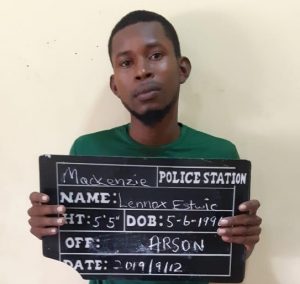 A man wanted for the killing of well-known gold miner, Deon Stoll, has been arrested.

The suspect’s 21 year-old male sibling was also arrested in the house at Lover’s Lane.

Police say an unlicensed pistol , four live ammunition and ten grams of suspected cannabis were found in their possession.

He and his driver-bodyguard had gone to the gold trader when several men exited a car that was trailing them, opened fire and attempted to rob them.