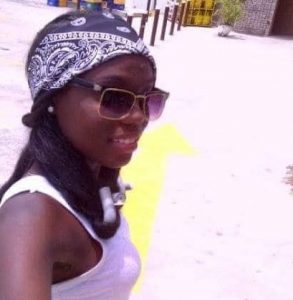 A 21-year-old woman of Ithaca, West Bank Berbice, was Thursday afternoon stabbed to death and her mother, who attempted to rescue her, was badly injured.

Dead is Vanessa Benjamin. Her 24-year-old children-father, who stabbed himself, and her mother, 56-year-old Debra Hannibal are hospitalised.

Police say the man stabbed his children’s mother several times in her yard at 301 Ithaca Village at about 5:20pm.

The man, who lives at Number 30 Village, West Coast Berbice, also stabbed Hannibal when she attempted to rescue her daughter.

He then reportedly turned the weapon upon himself and inflicted several injuries about his body.

They were escorted to the Fort Wellington Public Hospital where Benjamin was pronounced dead on arrival.

Hannibal and the assailant were treated and transferred to New Amsterdam Public Hospital and admitted where both of them are said to be in a stable condition.

Previous: Commonwealth calls for use of Representation of People Act to conduct national recount of votes
Next: Brothers among four arrested for illegal gun possession -police