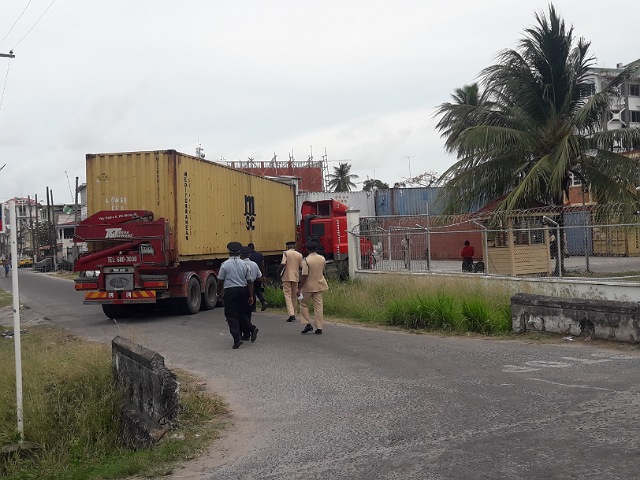 Sources said the Commission was awaiting word from GECOM Chairmam, Claudette Singh to convene a meeting later Sunday to formally grant approval for the recount. President David Granger has asked Caricom to dispatch a team to oversee the recount of ballots from all ten electoral districts/regions. Caricom Chairman, Barbados Prime Minister Mia Amor Mottley said Granger and Opposition Leader Bharrat Jagdeo have agreed to abide by the results. Sources said they could not begin work without GECOM’s approval.

“They are waiting on the commission. You just can’t do anything unless GECOM approves to give credence and legitimacy to the process,” a source quite knowledgeable about the arrangements told Demerara Waves Online News/News-Talk Radio Guyana 103.1 FM.

The other members of the Independent High-Level Team are Mr Anthony Boatswain, former Minister of Finance of Grenada and Ms Cynthia Barrow-Giles, Senior Lecturer in the Department of Government at the University of the West Indies. They will also be accompanied by the two Chief Election Officers from Barbados and Trinidad and Tobago.

Granger decided to ask Caricom for help to supervise the recount, amid intensified international pressure from the Commonwealth, Organisation of American States, United States, Canada, Britain and the European Union as well as international and Caricom election observer teams that if a President is sworn in on the basis of an election result that lacks transparency and accountability, the legitimacy of the government will be questioned and Guyana can be isolated.