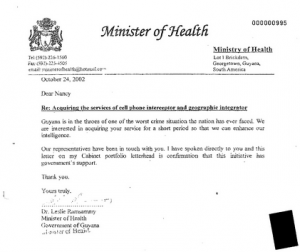 Presidential candidate for A Partnership for National Unity+Alliance For Change (APNU+AFC), David Granger says witnesses to major crimes have been extra-judicially killed.

Addressing more than 30,000 supporters at D’urban Park, he suggested that that has made it difficult to solve crimes from 2002 to 2008. “We are trying to get to the bottom of the crime but they kill out all the witnesses. That’s what happened,” Granger told the final 2020 election campaign rally at D’urban Park on Saturday night.

Granger had previously promised to hold commissions of inquiry into the extra-judicial killing of more than 400 mainly Afro-Guyanese, in the Lusignan, Bartica and Lindo Creek massacres. Only the Lindo Creek massacre of eight miners inquiry was conducted but the government is yet to abide by the recommendations.

The PPP has rejected its complicity in targeting Afro-Guyanese, saying that among the dead were police, soldiers and residents.

One of the prime suspects had been Shaheed ‘Roger’ Khan, who was deported last year after serving a jail sentence in the United States (US) for cocaine trafficking. On his arrival, he had been detained under tight security and questioned about two killings, but he was never charged.

Legal sources have said that no witness was willing to come forward, and that there appeared to be legal constraints in the US for a witness, Selwyn Vaughn, to testify and be a State witness against Khan. Vaughn had, in US Court documents, linked Khan to the killings of boxing coach Donald Allison, and Black political and social activist, Ronald Waddell.

In a stirring appeal to his largely Afro-Guyanese support base to vote solidly for APNU+AFC on Monday, Granger reiterated that the then-People’s Progressive Party (PPP) had been complicit in the operation of death squads. “It was during the troubles when they had a minister, using letterhead government stationery, to order computer to go and hunt boys every night,” Granger said.

Khan had been caught at Good Hope, East Coast Demerara, with sophisticated equipment geared to intercept mobile phone calls and the location of the callers. A number of guns had also been seized by a Guyana Defence Force (GDF) patrol during that operation.

Then Minister of Health, Leslie Ramsammy had denied authoring a letter to the Spy Shop authorising the purchase of the telecommunications interception equipment. That letter had surfaced in a trial of United States lawyer, Robert Simels.

Across at the PPP’s final rally at Lusignan, a Hindu pandit cast all the blame on the People’s National Congress Reform, in responding to persistent accusations by the government that the PPP “has encouraged criminal activities,” he said

The APNU+AFC presidential candidate is still banking on his achievements in drug trafficking, making death squads a thing of the past, increasing pensions and salaries as well as creating more opportunities for youths to get him re-elected on March 2.

Previous: Prisoner escapes from Mazaruni prison
Next: US calls for respect of election results