Man wanted for questioning in connection with injuries to infant 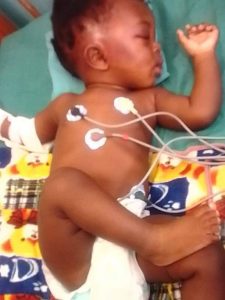 A 25-year-old security guard, Oswin Pollard, is wanted by police for questioning into serious injuries sustained by a nine-month-old baby, police sources and the mother confirmed.

Francina Williams, 27, said the incident was first reported to the police outpost at the Georgetown Public Hospital Corporation (GPHC) but to the best of her knowledge nothing had been done and so she decided Tuesday to lodge additional reports.

Ms Williams said she left her nine-month-old baby, Jeremiah Williams, in the care of her reputed husband, Pollard, along with her six-year-old son. The mother of the baby recounted what she discovered after returning home from work on the night of January 10, 2020.

She said the baby’s skull and one of his arms were fractured, and he has already taken a transfusion of blood as well as oxygen for six days. “They (doctors) say it (the skull) will knit because he is young but it will have after-effects like vomiting, fever and probably more things to it. They said when you see anything strange happening to him when he gets discharged, bring him back to the hospital,” she said.

Ms Williams alleged that Pollard, who is not the father of her children, habitually abused her six-year-old son as told to her by her son and neighbours. Pollard has since moved out of the home after the incident. 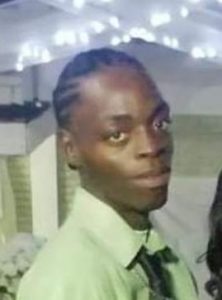 The woman said when she went home, her baby boy felt heavy, was frothing and in a semi-conscious condition. Williams said Pollard, who accompanied her and her baby to the GPHC, denied hitting the child. “I called him in the corner, I was crying and I asked him ‘did you hit baby?’ He said ‘No,. He said baby fall off the bed. But when police and social work did the investigation, they said that didn’t look like fall down, this look like a beat and I asked him again, ‘did you hit my child?’, he said ‘no’,” he said.

But she said her elder son and neighbours related that Pollard verbally abuses her children and also beat the six-year-old boy with a Cayenne belt.

A police investigation is currently underway.

Williams said the Child Care and Protection Agency was also paying attention to the matter and so far Pollard has refused an invitation for questioning.

Previous: OPINION: Revamping Exxon deal: the company couldn’t at this time, even if it wanted to…
Next: Greenidge lashes out at former petroleum advisor; international anti-corruption organisation