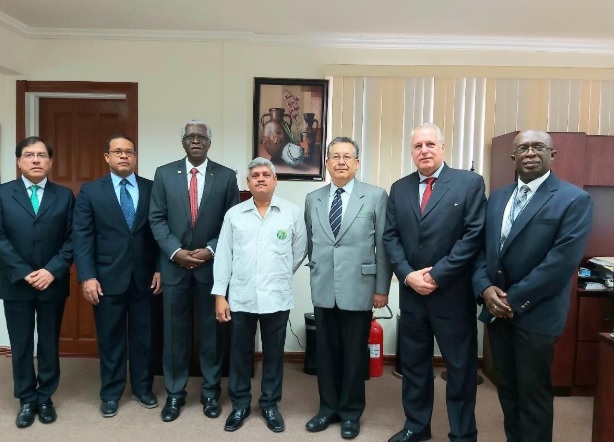 GCAA Director-General Egbert Field says that with Guyana’s compliance with International Civil Aviation Organisation (ICAO) rules and regulations now at 76.9 percent, the country is better prepared for a US audit leading towards a category 1 status.

He says the US Federal Aviation Authority is ready to conduct an audit for category 1. “They responded and did say they are willing to assist us to move into or to attain category one status. To do that, they are willing to send a team as soon as we give them the ‘ok’ to assess our situation, to assess where we are so that if there are any gaps, we can fill them but we are at a level now that we can move towards talking to the FAA about category one,” said Field.

The GCAA Director-General says it makes no sense applying for category 1 and there is no airline that is registered in Guyana to fly to and from the US. “We will do that as soon as an airline gives us the indication that they want to base themselves here. Moving to acquire category 1 is a commendable effort but if you don’t have an airline, in the space of 60 to 90 days you lose category 1 if you don’t use it, so you just have an airline based in your country to utilise that category 1 rating,” Field said.

Aviation Minister David Patterson said government and a willing Guyanese private sector partner would within the next five years reestablish a national airline. The state-owned Guyana Airways Corporation had in 1997 been declared bankrupt and closed.

Field said there have been several formal and informal expressions of interest to re-establish a national airline. “We have been asked and interest has been shown in certain areas,” he added.

The GCAA Director-General said recruitment of experts, modernisation of legislation, and amendments to manuals and procedures, all accounted for the ICAO increasing Guyana’s level of compliance.

The GCAA says Guyana has made significant progress in its compliance with the International Civil Aviation Organisation (ICAO) Standards and Recommended Practices (SARPs), moving from 65.22% in 2016 to 76.96% in 2020, an increase of 11.77%. Equally important, in the area of aviation safety, Guyana does not have any significant safety concerns. With this result, Guyana now cements its position as number 4 in the CARICOM region for effective implementation of ICAO SARPs, and well above the global standard of 65%.

Field said this level of compliance puts Guyana below Trinidad and Tobago, Jamaica, and Belize, but above Barbados, St, Kitts, Grenada, The Bahamas, St. Lucia, Suriname, Haiti, Barbados and Antigua.

“It’s well above the world average of 65 percent…We are in the league with the big guys now,” he added. He noted that 10 years ago, Guyana was 44 percent compliant, just above Haiti and next to last in the Caribbean.

The GCCA reported that “During a post audit brief, the ICAO Audit Team said the GCAA is on the right path and only need to continue; the Civil Aviation Act 2018 is one of the best Act seen in the North and Central American Region and can be used as a model by other States; the staff of the GCAA are passionate about their work and this can only help in the growth of the Authority; and  Guyana has one of the best Air Navigation Services (ANS) Inspectorate in the world and the best in the Caribbean Region.”

“The accomplishments and progress came as a result of the dedicated work by staff working beyond normal working hours and on weekends with the National State Safety Programme Coordinator, Col (Ret’d) Cargile Kyte, who is also the GCAA’s Safety Management System Coordinator. For improvement in its compliance level in 2016, Guyana was awarded the Council President Certificate by ICAO in 2017,” GCAA said.