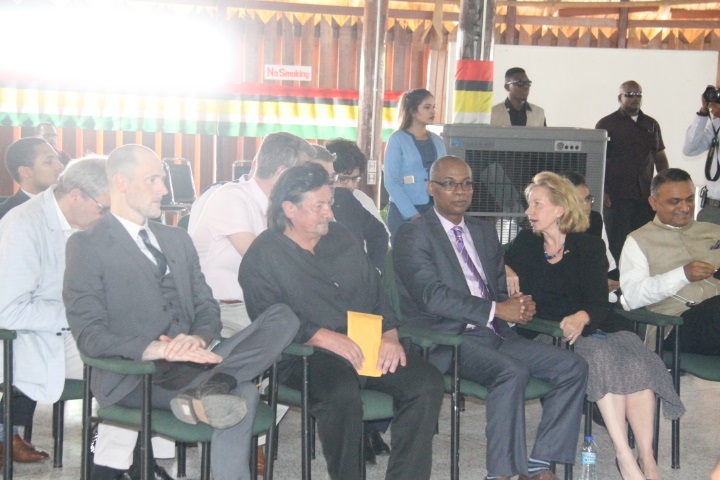 The European Union (EU) , United Kingdom (UK) and the United States (US) on Saturday said after a “smooth and efficient” Nominations Day on Friday, it is now time for a hassle-free election campaign towards polling day on March 2, 2020.

“We also urge all parties to promote and support a peaceful and mature election campaign – one where everyone, regardless of political leanings, is able to express their views openly,” the heads of those diplomatic missions said.

Noting that now the hard work of campaigning begins, the top western envoys here encouraged Guyanese and the leaders of all political parties, civil society organisations, business chambers, the media, religious groups, and educational institutions to embrace the essence of unity and social cohesion as enshrined in Guyana’s constitution.

“We call on all parties to campaign in the spirit of hearty and respectful competition with the ultimate goal of ensuring free and fair elections which reflect the will of the majority of Guyanese,” Quinn, Lynch and Ponz said.

Their call came amid concerns by the opposition People’s Progressive Party (PPP) that supporters of A Partnership for National Unity+Alliance For Change (APNU+AFC) have been preventing them from erecting campaign paraphernalia or campaigning in the governing coalition stronghold communities.

While the PPP contingent was heading to Umana Yana in Kingston, Georgetown, to present its list of candidates to the Guyana Elections Commission, APNU+AFC supporters blocked them at Lamaha and Main Streets. They only cleared the way after police and APNU+AFC leaders intervened.

The Guyana Police Force said law enforcers arrested a man at his Westminster, West Bank Demerara, home after 38-year-old Mitra Mohan, a PPP activist and supporter, reported that on Sunday, January 5 at 9:30 p.m., he and three other PPP supporters were at White Shop shortcut, Westminster Road, mounting PPPC flags on utility poles when “an identifiable male confronted him whilst he was on a ladder and pulled him off after which he climbed the ladder and broke off the PPP/C flag from the post and he made good his escape.”