East Demerara road will eventually be extended to Rosignol 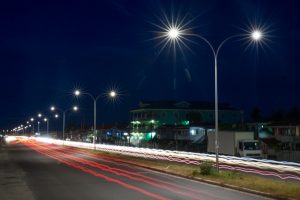 A section of the upgraded East Demerara Road.

The Guyana government has received an extension on a loan from the Exim Bank of India for the East Coast Demerara road to be widened and upgraded all the way to Mahaica, East Coast Demerara, Public Infrastructure Minister, David Patterson says.

Government’s Department of Public Information reported that the decision will see expansion works being extended from the original end-point at Belfield to Mahaica.

Mr Patterson says expansion of the East Coast Demerara road is almost 100 percent complete and hopes that at the end of this project, the road will be widened and upgraded right up to Rosignol, West Berbice.

During the last quarter of 2019, works on the four-lane portion of the thoroughfare stood at 95 per cent complete.

In 2016, the Government of Guyana and the People’s Republic of China signed a $9.6 billion (US$45.5 mllion) concessional loan for the completion of the widening of the road between Better Hope and Belfield. The Government has contributed approximately $3 billion towards the project.

Authorities say this comprises the total reconstruction of the existing two lanes of carriageway and widening of these two lanes with new construction on both the northern and southern sides.

Concrete drains for the entire 7.4 km were built on both sides, with covers where necessary, Also, were several revetments totaling about 473 metres were completed.

With respect to roadworks, the widening of the shoulders has commenced on both the right-hand side and the left-hand side. In the last 2019 assessment an estimated 6.5 km length of roadway was widened.

Previous: CJI Airport silent on cause of water disruption resulting in unflushed toilets
Next: Police on hunt for Turkish former boss of Princess Ramada Hotel