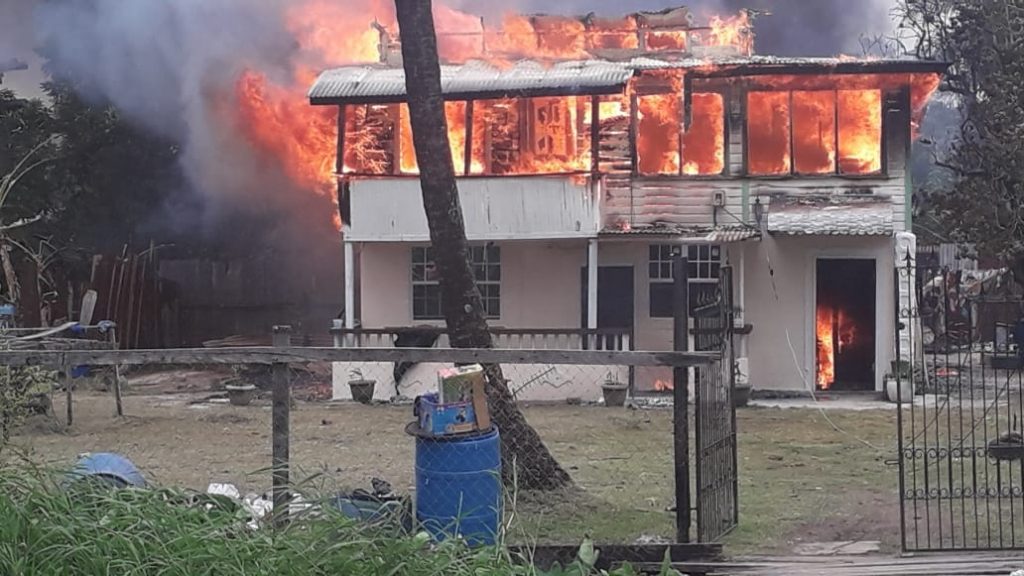 Fire Monday morning destroyed a house that was occupied by 11 persons, but it is unclear whether the children were playing with anything that might have caused the blaze at Plaisance, East Coast Demerara.

Firefighters arrived at about 10:45 a.m., but the Guyana Police Force said they took some time to start pumping water due to mechanical issues. “The entire building was gutted with all valuables – cash, jewelry and appliances – estimated at several million dollars. No life was lost or nearby buildings were damaged,” police said.

The two-flat concrete and wooden house at 1 Graham Street was occupied by construction worker, Carl James, his reputed wife June-Ann Holland and six children. Living in the upper flat was Shaya Quamina and her three children. 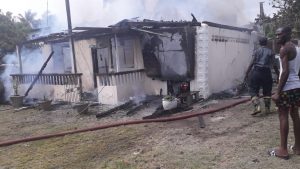 The burnt remains of the house.

The building was owned by deceased Christopher Holland who was the grandparent of Holland. Holland told police investigators that she and her children were downstairs while she was painting, The woman said her husband left for work.

Investigators were informed that about 10:20 a.m., two of Quamina’s children ran downstairs and said there was a fire upstairs. She and her smaller child later exited.

The fire reportedly started in a bedroom in the upper flat where two children were playing.