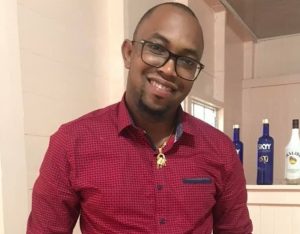 A Republic Bank Guyana employee died early Sunday morning when the car he was driving slammed into a bridge rail at Felicity Village on the East Coast Demerara.

He has been identified as 31-year old David Headly, one of the key officers in the technological overhaul of Republic Bank Guyana. He lived at 370 Powise Close at South Ruimveldt Gardens in Georgetown.

The Guyana Police Force said at about 5 a.m. Sunday, the car – PRR 2531 – was speeding west along the southern carriageway of the road when it “collided with a bridge rail on the southern side of the road” and Headly “sustained injuries about his body”. 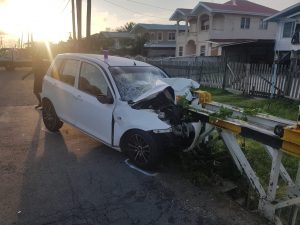 The car that David Headly was driving.

“He was removed from his vehicle in a [sic] unconscious condition and taken to the Georgetown Public Hospital Corporation and was pronounced dead on arrival,” the Guyana Police Force said.

Previous: One dead, another seriously injured in Agricola shootout
Next: Long-distance minibus routes may be divided – National Road Safety Council