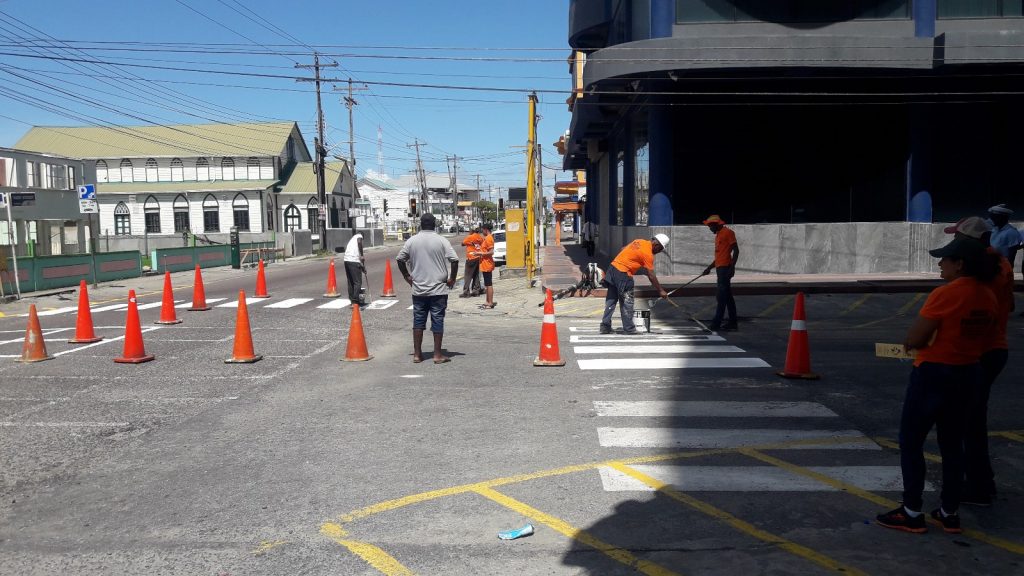 The Guyana National Road Safety Council (GNRSC) on Sunday suggested that long-distance minibus routes would have to be divided to ease traffic congestion along major roadways and in the capital city, Georgetown.

GNRSC Coordinator, Ramona Doergen assured that the cost of transportation would not be increased when all the fares on long-distance routes are added up to commuters’ final destinations “so we won’t have this influx of traffic in the town”.

“We won’t put it that it will jack up the price. We would try to have it in such a way that it would level the price back to where it was,” she said.

Speaking with News-Talk Radio Guyana/Demerara Waves Online News as her association’s members, police and Public Infrastructure Ministry officials collaborated on repainting pedestrian crossings and traffic signs at Camp and Robb Streets in Georgetown, Ms. Doergen said the GNRSC and other stakeholders – Guyana Police Force, Ministry of Public Infrastructure and experts – would soon be meeting to hammer out a 2020 traffic management plan. “We want to sit and look at everybody’s ideas to come up with the best for Guyana,” she said.

More than 12,000 vehicles, she said, are imported annually. 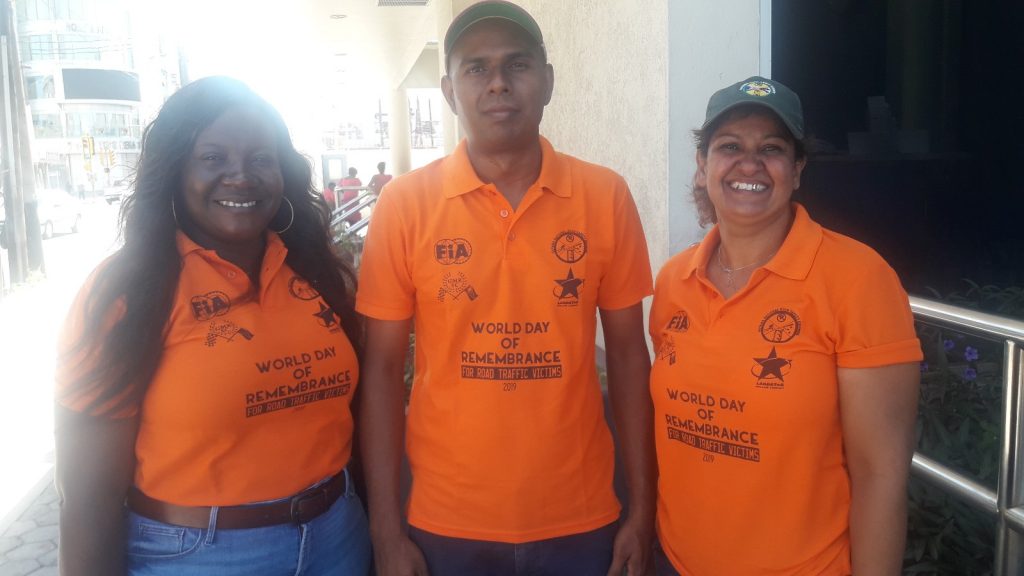 The international call centre service, Teleperformance, partnered with the GNRSC on repainting the signs and crossings to mark Road Safety Week which is part of the observance of November’s Road Safety Month.

Ms. Doergen said the major causes of road accidents in Guyana are speeding and driving under the influence of alcohol. In that regard, the GNRSC would be participating in a “soft enforcement campaign” in which police would be setting up roadblocks and conducting breathalyser tests to arrest intoxicated drivers.

Asked whether the GMRSC was successfully educating road users, she said the statistics do not indicate that Guyana is making inroads in combatting the scourge. “For the statistics, it’s not looking like its successful because we should be reducing deaths by 2020 by fifty percent,” she said. At the same time, she said more companies, the construction of pedestrian overpasses, more pedestrian crosses, and increased lighting are helping to reduce road accidents.