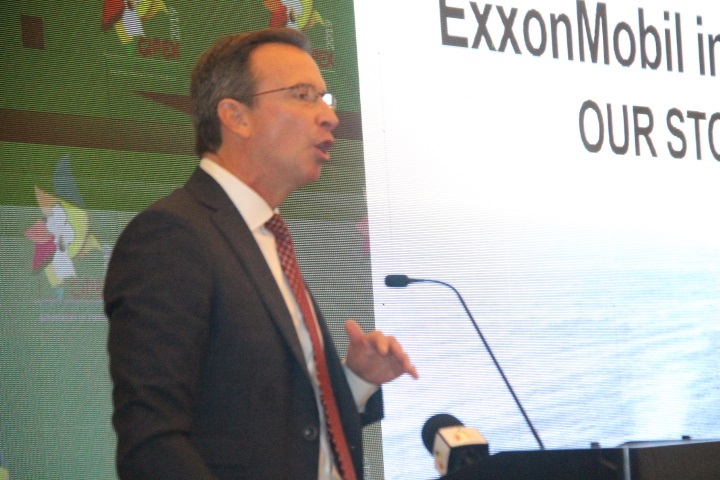 ExxonMobil (Guyana) on Wednesday played up the local benefits of its operations in Guyana over the last few years, even as government’s Energy Department said it was crafting a local content policy that is relevant to Guyana.

Addressing the opening of the Guyana International Petroleum Business Summit & Exhibition (GIPEX 2019) at the Marriott Hotel in Georgetown, ExxonMobil’s Senior Vice President of Upstream Oil & Gas Company, Hunter Farris said so far more than 1,700 Guyanese or 50 percent of the 3,400 people in Guyana have worked in his company’s exploration and project activities directly.

“Since 2017, we’ve more than tripled our local workforce and we are continuing to build,” Mr. Farris said.

He added that ExxonMobil has been responsible for pumping GYD$36 billion (US$180 million) into the Guyanese economy through hundreds of businesses. “We also rely on the Guyanese supplier community, more than 600 vendors and suppliers with more than 36 billion Guyana dollars, or 180 million US dollars, in spending and counting,” he said.

The ExxonMobil Vice President said people are being trained “right now” in Singapore, Canada and the United States, and there are others “who are already contributing to our work that we have going in Guyana.”

Head of the Ministry of the Presidency’s Department of the Environment, Dr. Mark Bynoe, in his address to the GIPEX 2019 opening, said government was aiming to have a “contextually relevant and appropriate local content policy”. “As a Department, we seek to encourage increased local content and job opportunities that will allow our people to participate fully in accessing good quality jobs. We seek for partnerships and not just associations of convenience,” he said. 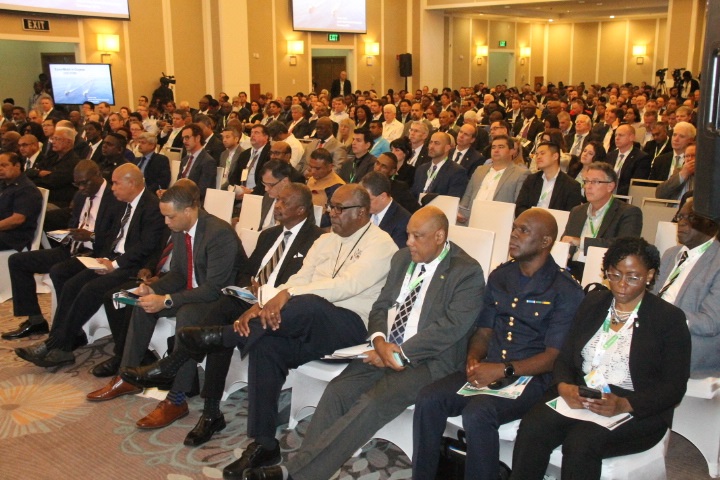 Delegates and invitees to the opening of GIPEX 2019

He said the value chain was being constructed particularly “amongst our young people and those in the technical, vocational education and training institutions. A people-centred approach remains our modus operandi for realising our development ambitions. Our peoples remain our most treasured resource!”.

The Georgetown Chamber of Commerce and Industry (GGCI) has in recent months been intensifying its agitation about the apparent influx of foreign companies, mainly those from Trinidad and Tobago, in Guyana to take advantage of the several oil and gas sector opportunities.

The Energy Chamber of Trinidad and Tobago has denied that companies from that country were coming to Guyana to take over the oil sector. Instead, that Chamber’s officials have said they have over 100 years of experience, especially in the area of health and safety that they could share with Guyana, a sister Caribbean Community (Caricom) member state that is bound by free movement rules.

On the other hand, the GCCI has called for a review of the effectiveness of Caricom due to Guyana’s experiences in exporting agricultural produce and products such as ice cream in Barbados, Trinidad and Tobago, and Antigua and Barbuda.

Previous: “Honest” and “efficient” government needed; no need for noise or deadlines – Granger on APNU-AFC talks
Next: AFC settles for 30 percent parliamentary seats as coalition remains intact for 2020 elections