Region 8 gets facility to add value to gemstones 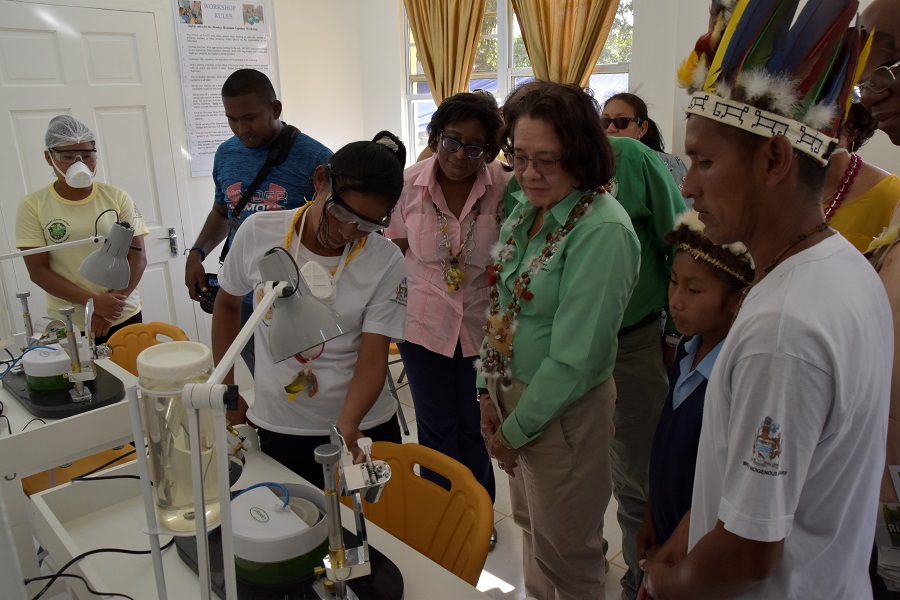 Region 8 (Potaro-Siparuni) now has its own lapidary to produce attractive value-added gems giving residents of Monkey Mountain and its environs another opportunity to earn much-needed cash.

The GYD$16 million facility, which was funded by the Government of Guyana and constructed by the residents, includes a 30 feet by 20 feet concrete building, the purchasing of modern technical lapidary equipment and the furnishing and training of ten young persons from the community in the identification, cutting, polishing and shaping of semi-precious stones at the National Service for Industrial Training (SENAI) in Brazil.

First Lady Sandra Granger who commissioned the Pakaraima lapidary, Saturday afternoon, on behalf of President David Granger, encouraged residents to utilise the opportunity to raise the value of their products and businesses as they could increase revenue in the community.

The First Lady said she was pleased to open the facility which represents a convergence of the Government’s plans for development. She also reminded residents of President Granger’s ten-point strategic plan for hinterland development and the National Decade of Development, which begins in 2020.

“The opening of this lapidary represents the convergence of fulfillment of some of these promises because it combines poverty reduction, employment and youth service, happy households, cultural development and sustainable tourism development,” she was quoted as saying in a statement issued by the Ministry of the Presidency.

The First Lady noted that the precious and semiprecious stones will be “valuable additions to Guyana’s [t]ourism product”.

Additionally, the First Lady handed over a four-wheel all-terrain vehicle (ATV) to the community, along with two wheelchairs, several walkers, other medical items and a quantity of sporting equipment on behalf Minister of Health, Volda Lawrence. A tractor and trailer were also donated. 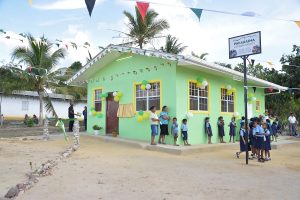 Meanwhile, Minister of Indigenous People’s Affairs, Sydney Allicock called for continued partnership between Government and the residents. He said that the donations made to the community are a sign that the Government has been working and is not asleep. He reminded that work on the lapidary commenced in 2018 and it is now functional.