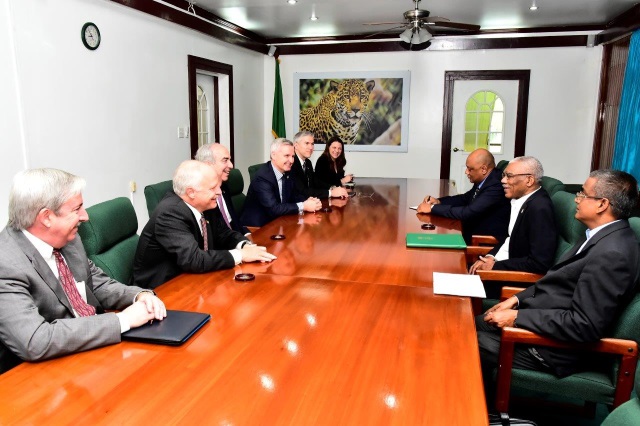 Hess Corporation, one of the partners in the ExxonMobil-controlled oil operations offshore Guyana, says commercial oil production will begin in December 2019.

“In September, we announced our 14th discovery in the Stabroek Block at Tripletail, offshore Guyana and are now targeting December for first oil from the Liza-1 development,” Chief Executive Officer of Hess Corporation, John Hess was quoted as saying.

The Tripletail-1 exploration well is located approximately 3 miles northeast of the Longtail-1 discovery in June this year.

The company said the Tripletail discovery adds to the previously announced estimate of gross discovered recoverable resources on the Stabroek Block of more than six billion barrels of oil equivalent.

Originally, Esso Exploration and Production Guyana Limited (EEPGL) had targeted the commencement of commercial oil production for the first quarter of 2020.

Guyana estimates that it will earn US$300 million annually from Liza Phase 1‘s daily production of 120,000 barrels.

Hess also announced that a second floating, production, storage and offloading (FPSO) vessel would be constructed to produce 220,000 barrels per day at Liza Phase 2 from mid-2022.

The partners also plan to bring the Payara well into production in 2023 with 220,000 barrels per day.

Previous: OPINION: ExxonMobil will not amend contract other than in its own time and on its own terms
Next: Jagdeo calls on GECOM Chairman to explain planned removal of names from voters list