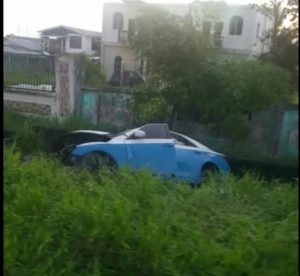 Presidential escort car that was involved in the accident at Friendship, East Bank Demerara. (Photo grab from Bibi Khatoon video)

Police did not immediately identify the deceased as they were still undertaking an investigation at the scene. 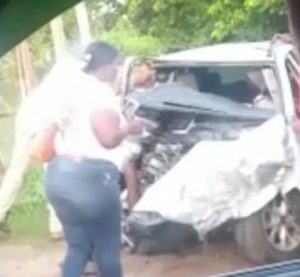 The Toyota Fielder that was involved in the accident. (Photo grab from Bibi Khatoon video)

Both vehicles were badly damaged and people were seen ripping out parts of the Toyota Fielder vehicle to remove the injured persons.

Fire Chief Marlon Gentle said firefighters removed the driver from the Fielder and he was rushed to the nearby Diamond Hospital where he was pronounced dead on arrival.