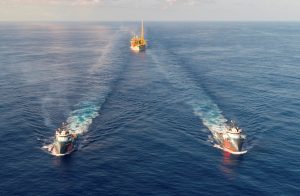 The opposition People’s Progressive Party (PPP) on Thursday virtually endorsed the Working People’s Alliance’s (WPA) proposal of direct cash transfer of some projected oil revenues, but preferring to target the poor and needy instead of all just over 200,000 households across Guyana.

“In fact, in our manifesto, we are going to be talking about conditional transfers, targeted transfers to vulnerable groups right at the beginning. We have to help single parents, we have to help children, we have to help the older people first and as our capacity grows and we get more money – we constantly have to see that it’s sustainable though.

At the same time, Opposition Leader Bharrat Jagdeo appeared to leave room for any change of heart his PPP may have towards cash transfers if it wins the next general elections.

“We have to constantly see that whatever we do doesn’t cause us to be worse off than before and so we will keep an open mind to cash transfers to Guyanese. We would keep an open mind, look at it carefully and go through all the technical issues to see that you have enough money to actually do this and that it’s sustainable in the long term, that it doesn’t lead to the Dutch Disease (development of one sector at the risk of a decline in other sectors), that it doesn’t lead to killing of the work ethic and all of these issues,” he said.

Jagdeo also cast some doubt over Distinguished Economics Professor Clive Thomas’ forecast that Guyana would be able to set aside US$1.5 billion to US$2.5 billion annually for direct annual disbursements of US$5,000 per household pegged at US$70 per barrel of oil.

Thomas says he expects the cash transfer will come into being in 2025 but already, Jagdeo deemed as “unrealistic” the proposed disbursement because Guyana would earn a mere US$300 million annually for the next four years. Jagdeo also disagreed with Thomas’ calculation of 10 percent of oil revenues at 1.5 million barrels per day, saying that production would be achievable only after 2030.

Professor Thomas has said cash transfers would have to take into account price fluctuations and it would not be indefinite.

The Opposition Leader’s seeming cautious endorsement of cash transfers has since triggered a warning by WPA executive member, Professor David Hinds to the governing coalition of A Partnership for National Unity+Alliance For Change (APNU+AFC) that they risk losing votes at the March 2, 2020 general elections. “I will go so far as to say that issue could be the difference between winning or losing for the Coalition. It would be suicidal for the Coalition to go an election in which the PPP endorses Cash Transfers and they don’t. With the PPP endorsing it, it becomes a top electoral issue,” said Hinds, a political science professor at Arizona State University.

The David Granger-led coalition has been less than enthusiastic about cash transfers, saying it would discourage people from being gainfully employed and instead dependent on handouts. President Granger is on record as saying that his priority is delivering high quality free education countrywide, not the provision of handouts.

However, Foreign Affairs Minister, Karen Cummings had said the Guyana government has been actively considering the WPA’s proposal, remarking that the Granger administration preferred to teach people to earn instead of giving them handouts. “We, of course, rather than giving a man a fish, teach him to fish.”

Previous: BREAKING: Ramjattan as PM pick not automatic – Granger
Next: Recent voter registrants to be posted for claims/objections