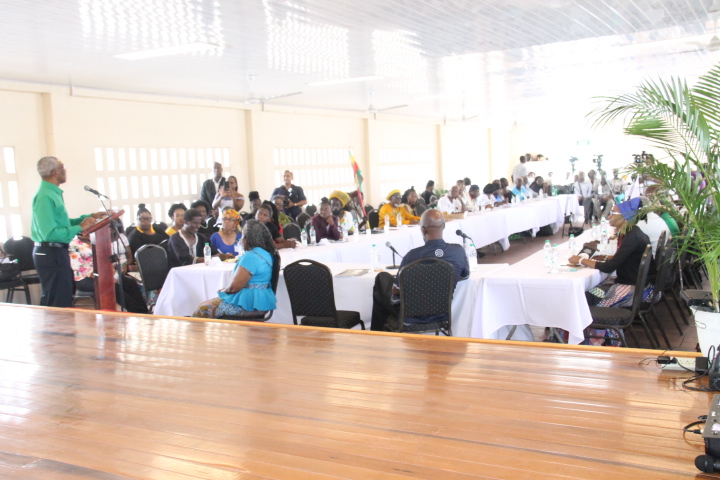 President David Granger says his administration’s priority is ensuring that Guyanese have access to high-quality, free education across the country instead of doling out “handouts” to the population.

That document, he says, commits Guyana and other United Nations (UN) member states to support research and educational initiatives and ensure that quality education is accessible to areas where communities of African descendants live particularly in rural and marginalised communities as well as improving the quality of public education.

Granger made known his position just days after the Working People’s Alliance (WPA) said it would be insisting that the coalition’s list of promises for the upcoming elections includes the yearly transfer of some oil revenues to the poor.

Finance Minister Winston Jordan and former Finance Minister Carl Greenidge have both suggested that there is no immediate appetite by government for direct cash transfers.

Addressing the 2nd Annual General Assembly of the International Decade for People of African Descent Assembly – Guyana (IDPADA-G), the President said free education from nursery to university would be reintroduced as part of his proposed Decade of Development 2020-2029 would be inaugurated. “That decade will aim, among other things, at enforcing the constitutional entitlement of every Guyanese child to free education,” he said. “We aim at a first class education system which will ensure that every child has a place in school and there is a school in every village; no street children, no skulking; every child must go to school and we will help that child to go to school,” Granger added.

His other plans include the construction of Grade A secondary schools in regions 1 (Barima-Waini), 7 (Cuyuni-Mazaruni), 8 (Potaro-Siparuni) and 9 (Upper Essequibo- Upper Takatu), as well as other administrative regions.