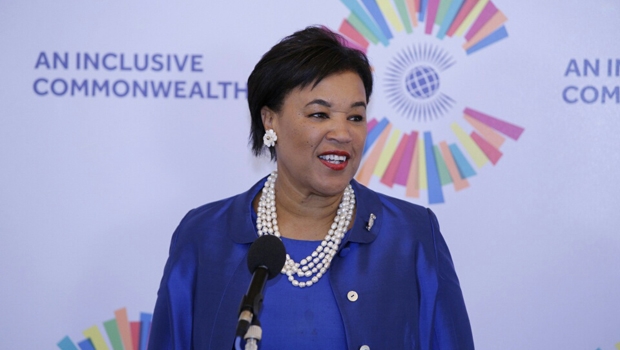 Commonwealth Secretary-General, Patricia Scotland on Monday indicated that Guyana has entered a period of unconstitutional rule and the only way to reverse that is for President David Granger to “immediately” name an elections date for Guyanese to go to the polls “without further delay”.

“The rule of law and constitutional governance are fundamental Commonwealth values to which Guyana has subscribed,” she said.

Granger on Sunday told News-Talk Radio 103.1 FM/Demerara Waves Online News that he would be meeting with his Cabinet again on Tuesday to discuss the naming of an elections date as it is an “urgent” issue.

Meanwhile, the Alliance For Change (AFC) and the Guyana Trades Union Congress (GTUC) have called on Opposition Leader Bharrat Jagdeo to lend support of his People’s Progressive Party’s 32 seats in the National Assembly to allow for a two-thirds extension of the life of the government until elections are held, now that the Guyana Elections Commission has said it would be ready to conduct those polls any time after the end of February, 2020.

But the PPP has again ruled out doing so, saying that it would not legitimise the actions of the unconstitutional Granger administration.

Following is the full text of the Commonwealth Secretary-General’s statement:

The Commonwealth Secretary-General, Patricia Scotland, urges the President of Guyana and all relevant stakeholders and institutions to restore constitutional rule in Guyana by immediately setting an early election date in consonance with its constitution, enabling elections to be held without further delay.

The Secretary-General has taken note of the 18 June 2019 ruling of the Caribbean Court of Justice (CCJ) and its consequential orders of 12 July 2019. The CCJ’s ruling was clear that the Guyana Constitution sets out certain requirements for the time of an election after the valid passing of a no confidence motion.

The rule of law and constitutional governance are fundamental Commonwealth values to which Guyana has subscribed.

In this regard, and in accordance with the ruling of the CCJ, a general election in Guyana is now constitutionally overdue. A general election should be held in accordance with the unambiguous constitutional imperative to do so. The Secretary-General has spoken with the Chair of the Guyana Elections Commission (GECOM) and discussed Commonwealth support to GECOM.

The Commonwealth Secretary-General’s call for the restoration of constitutional rule came less than one week after the United Kingdom (UK), United States (US) and the European Union (EU) stated that they deeply regretted that by surpassing September 18, the Government is currently in breach of the Constitution following its failure to adhere to the decisions of the Caribbean Court of Justice (CCJ) on 18 June and its subsequent orders.

The UK, US and the EU cautioned that the unconstitutional status of the government was now a stumbling block for them to deliver on assistance to Guyana. “This situation comes at great cost to the people of Guyana. The prevailing political uncertainty undermines Guyanese institutions, compromises economic opportunities and delays development across all areas including infrastructure, education, health, and social services. It also hinders our ability to support Guyana’s development needs.”

Previous: More Cabinet talks this week on election date -Granger
Next: OPINION: When tones are sharper and temperatures higher – time to tighten and stay cool