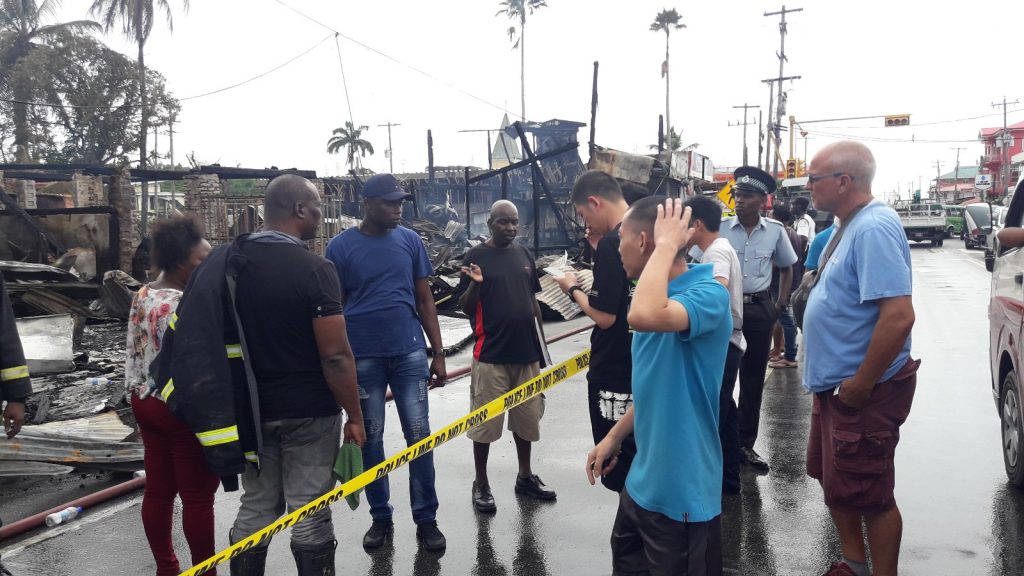 Police and fire fighters talk with a number of Chinese nationals who owned businesses at the now burnt buildings at Vreed-en-Hoop, West Bank Demerara.

Fire early this morning left two persons dead and about 15 people out of work.

One of the destroyed buildings, located near the Vreed-en-Hoop junction, was owned by 85-year old Fazal Raymond, the first Regional Chairman of Region Three.

He was assisted out of the upper flat of his building by a family member.

Fire Chief Marlon Gentle said fire fighters from Georgetown, La Grange and Leonora responded to a call at about 1:55 am.

He said the charred remains of a Chinese man and woman, who were in the upper flat of their supermarket, were removed from the scene.

No one else was hurt. 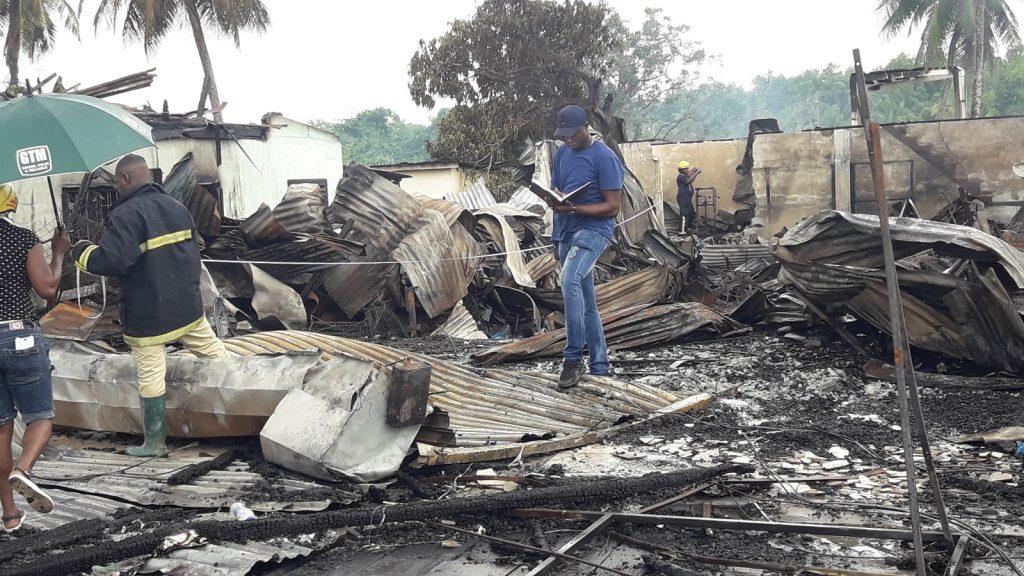 Fire fighters at the scene where the burnt bodies of two Chinese nationals were found after an early Sunday morning fire.

Owners of at least two businesses, Robin’s Book Store and Phone Guru, said their businesses were not insured.

Robin, who sells textbooks, estimates his losses at about 10 million dollars. He says among the items destroyed was a Riso Printer that he recently bought for GYD$600,000.

Robin and the owner of Phone Guru, Krishna, said they had considered insuring their businesses.

The bookstore owner says due to the age of the building, an insurance company calculated that the premiums would have been very high.

Krishna says he never finalized the process to insure his phone dealership.