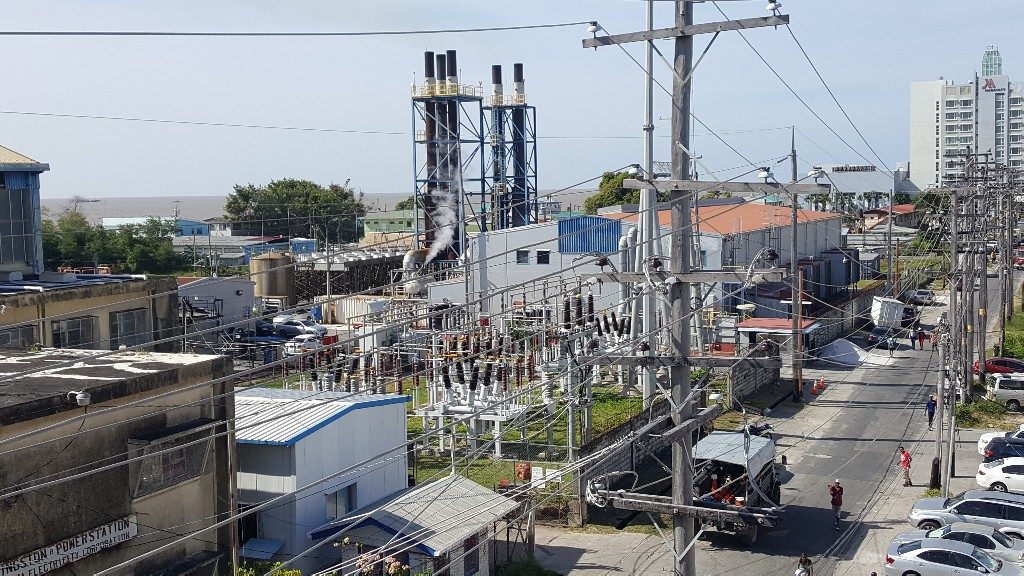 Thousands of residents and businesses in Demerara and Berbice will experience another round of blackouts because the Guyana Power and Light (GPL) says it has suffered a total shortfall of 23 megawatts (MW) due to a variety of reasons.

“With a deficit of approximately 23 MW, customers in Demerara and Berbice will experience periods of service disruptions. Public advisories will be disseminated to inform and prepare customers,” the power company said in a statement.

The company listed a series of “unforeseen occurrences and generation/operational issues” that combined to prevent the supply of adequate electricity for “peak demand”.

Among them is the uprooting of a pole with two transformers in the vicinity of the Rubis Gas Station on Mandela Avenue on Tuesday, while a contactor was carrying out work on the Sheriff/Mandela Avenue road expansion project. That incident, GPL said, resulted in a service interruption to a number of communities in South Georgetown, Queenstown and Lacytown.

“GPL wishes to remind the general public to exercise caution when conducting works in close proximity to our infrastructure.”

In terms of generation shortfall in the Demerara-Berbice Interconnected System (DBIS), GPL listed the following technical problems, while at the same time promising that “our company is aggressively injecting efforts to ensure all units are returned to operation in the shortest possible time.” GPL has issued the following advisories:

Due to a defective transformer at our Onverwagt, Berbice Substation, we are unable to export 6.9 MW of power to the Demerara-Berbice Interconnected System. Additionally, a 5.5 MW generator at the Canefield Power Plant is unavailable because of scheduled maintenance.

At the Kingston Power Plant, a 6.9 MW unit is unavailable due to a defective alternator, which had to be sourced overseas. The alternator has arrived, and repairs are expected to be completed by the end of the week. Thereafter the unit will return to operation by Monday, September 9, 2019.

At the Garden-of-Eden power station, a 4MW is unavailable as we are awaiting the arrival of replacement parts for the defective components.